Actor Arjun Kapoor, who has committed his bit to raise more awareness regarding cancer, spent a day with children suffering from cancer, distributing roses and gifts. The initiative was taken by Cancer Patients Aid Association, and Arjun came forward to join the cause. 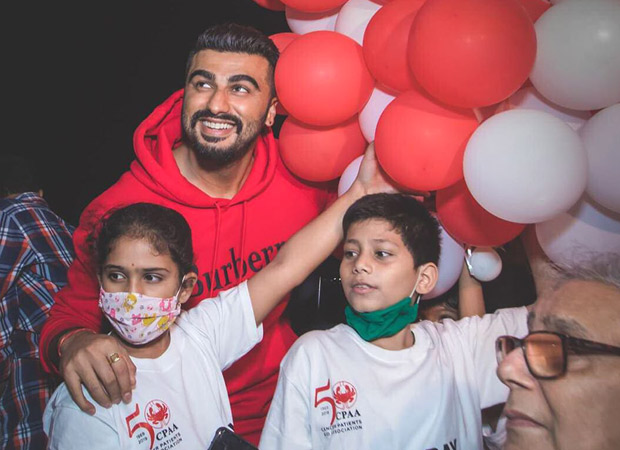 September 22 is celebrated as World Rose Day globally, in the memory of 12-year-old Melinda Rose from Canada who was diagnosed with Askin's Tumour, a rare form of blood cancer. Arjun and the kids lit Mumbai's Bandra-Worli sea link red, as a special gesture towards those battling against cancer. We got our hands on a video that has him flying him bunches of red and white balloons, accompanied by the kids.

Arjun lost his mother Mona Kapoor to cancer in 2012, days before his debut film Ishaqzaade released. He considers cancer awareness a cause close to his heart. “It is a cause that is extremely close to me for very personal reasons. I will do whatever it takes to bring awareness to cancer, support as many who are affected by it and try and tell as many that only our spirit can make us fight this disease. I’m looking forward to meeting these little brave-hearts who are battling cancer with a smile. Their courage is inspiring and heart-breaking,” he said, in an earlier statement.

Arjun will be next seen in Ashutosh Gowariker's Panipat and Dibakar Banerkee's Sandeep Aur Pinky Faraar.