The trade and industry is quite upbeat, thanks to the release of the Hrithik Roshan-Tiger Shroff starrer War in a few days. That these two dashing and extremely popular actors have come together had made War a film to watch out for, since the announcement stage itself. The teaser and trailer further upped the hype and so did the songs. It releases on Wednesday October 2, a national holiday on account of Gandhi Jayanti. 2019 still have a few more biggies to release but none of them arrive on the day of festive holiday. As a result, War has the potential to have the biggest opening day of 2019 for a Hindi film. 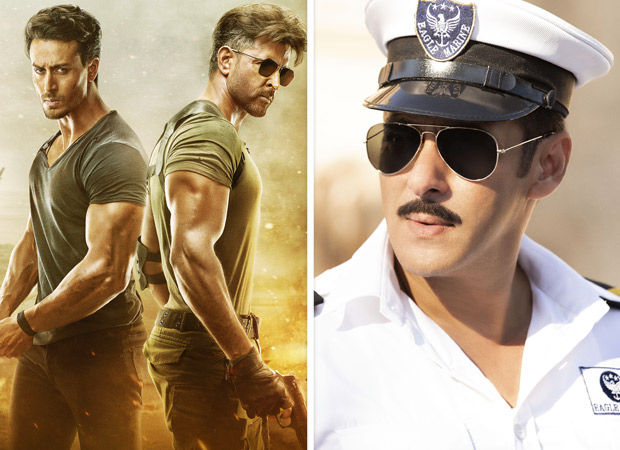 War to SURPASS Bharat and emerge as the BIGGEST Hindi opener of 2019, feels trade!

Trade analyst Taran Adarsh confirms the buzz for War as he says, “The craze for War is humongous, majorly because of Hrithik Roshan and Tiger Shroff coming together. Secondly, it’s an action film and thirdly, the timing is very apt. It releases on Wednesday October 2, a five-day weekend. The trailer too indicates that it’s a full-on, commercial film.” Girish Johar, film trade and business analyst, agrees, “The excitement levels and buzz are huge. Hrithik Roshan and Tiger Shroff coming together is a dream cast, not only for the makers but even for the audiences. And both are featuring in an action film and hence it’s like a never-before-experience of sorts.” Raj Bansal, the owner of Entertainment Paradise in Jaipur, admits, “The excitement is zabardast, mind-blowing! There’s huge excitement amongst audiences, single-screen exhibitors, multiplex exhibitors etc; basically, everyone!” Trade expert Komal Nahta calls the buzz for War ‘phenomenal’.

Salman Khan’s Eid release, Bharat, had a record opening of Rs. 42.30 crore this year for a Hindi film. The trade experts are confident that War will go past this figure of Bharat. “It will open bigger than Bharat and emerge as the biggest opening day grosser of Bollywood in 2019," feels Harveen Singh, distributor from Rajasthan. Trade analyst Atul Mohan also predicts, “It has chances of surpassing Bharat”. Komal Nahta too agrees as he opines, “The first day figures are going to be more than Rs. 40 crore and it’ll be more than Bharat’s opening day.”

“Yes, it has all the chances to be the biggest opener of 2019 for sure,” exults Girish Johar and adds, “Ideally, we would want War to go beyond even the Hollywood blockbuster Avengers: Endgame, which is the biggest opener of the year and all time at Rs. 53.10 crore. And it can happen as it’s one of the biggest combinations in terms of star cast, coupled with the holiday factor.” Raj Bansal predicts, “We are hoping for an opening over Rs. 48 crore. It could be even Rs. 50 crore plus.” Taran Adarsh however states, “Ideally, War should compete with Thugs Of Hindostan’s first number, which stands at Rs. 52.25 crore.” 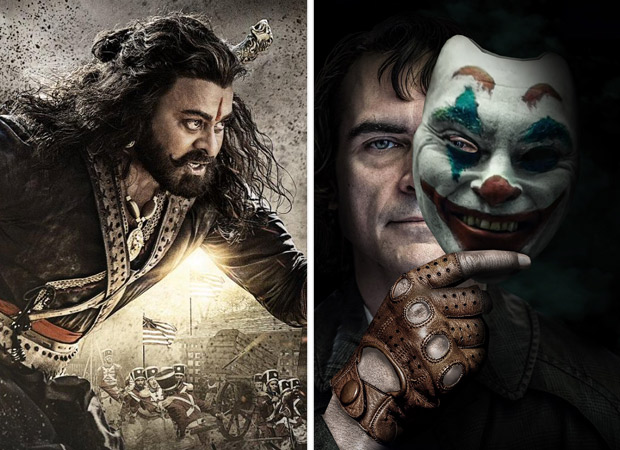 And lastly, the much-talked about Hollywood flick Joker, starring Joaquin Phoenix, also hits screens on October 2. The film has opened in film festivals with unanimous praise. Girish Johar feels this film too might excel, “Joker is a very upmarket Hollywood film which will have its fair share of audiences in the top metro city multiplexes. It has fantastic pre-release reports from Overseas.” Atul Mohan tells, “Joker seems like a very dark film and only for niche audiences but its reviews are very encouraging. It’ll get very limited release and they (Warner Bros) must be mentally prepared that they are coming in a week which will be dominated by two other big films. Maybe they must have planned it that way and must have avoided going all-out, like these studios usually do for mainstream, Hollywood films.”

Harveen Singh positions the Hollywood dark film above Sye Raa Narasimha Reddy on the buzz scale. He says, “Joker has a buzz among Hollywood audiences, especially those who are fans of the character. I feel in West and Northern belt, Joker is a bigger opposition than Sye Raa Narasimha Reddy for War!” Raj Bansal however is ruthless as he makes it clear that “Releasing Joker on October 2 is the biggest mistake of Warner Bros. It will not work at all”. Komal Nahta too admits, “Joker doesn’t really stand much of a chance.”

The trade and industry are divided over Sye Raa Narasimha Reddy and Joker but one thing is for sure. War seems like a winner and is expected to fetch a flying start. If content is also appealing and reports positive, then sky is the limit for this flick!