Yash Raj Films' War, promises to be the biggest action spectacle of all times. The high-octane action entertainer will see Hrithik and Tiger pitted against each other in a massive showdown. War will see the two superstars push their bodies to pull off jaw-dropping, death-defying stunts in a bid to beat each other. We hear that Hrithik will be seen jumping off a bridge in Porto, Portugal. His daredevil stunt will see him in a free fall from about 300 feet! 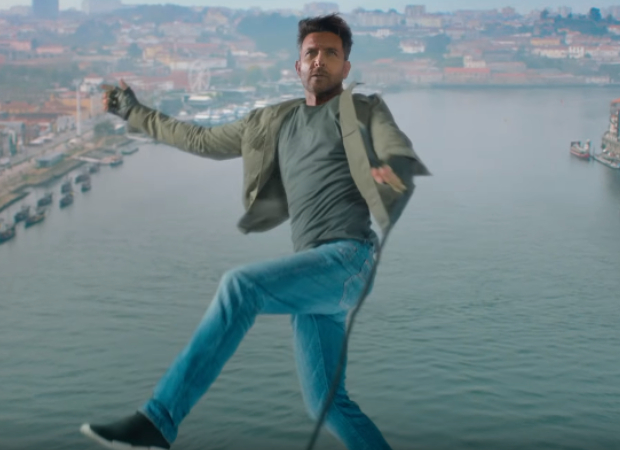 Director Siddharth Anand says, “When it comes to action, India has not produced a bigger action superstar than Hrithik. His commitment to pushing his body and his intent to push the envelope of action cinema in the country makes him the most loved action superstar. In War, Hrithik has outdone himself and taken incredible risks to give audiences a visual spectacle that they have never seen before. We were shooting a high-octane chase sequence in Porto that required Hrithik to jump off a bridge and he instantly committed to the action design. He is an actor who always wants to give audiences something new to see on screen. It is always a pleasure to work with him because he pushes you to do better. This is a stunning action stunt that will leave audiences speechless.”

War has been shot in some of the most stunning locations of the world. The team traveled to 7 different countries and 15 world cities to film this action extravaganza. Hrithik and Tiger have raised the bar of action by mercilessly fighting each other on land, water, frozen ice and air. Four action directors from across the world have been roped in to choreograph the biggest, never seen before action spectacles on screen. Produced by Yash Raj Films, War is set to release in Hindi, Tamil, and Telugu on the big national holiday of Gandhi Jayanti (October 2nd). It also stars Vaani Kapoor playing Hrithik’s love interest in the film.