Urvashi Rautela is back again with a new addition to her luxury collection. This time the actress was spotted with a handbag which is catching the eye of the audience. 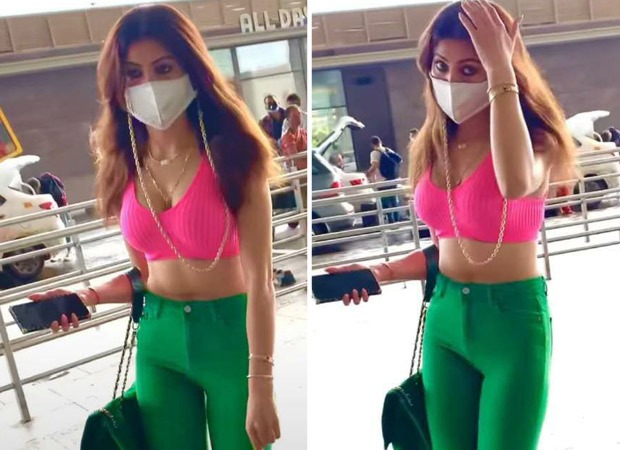 The actress was recently spotted at the airport adorning a bright pink crop top and green pants. However, it was her luxurious travelling handbag that caught the attention of everyone. This bag is a Chanel emerald green caviar quilted handbag that costs around Rs. 10 lakh. Additionally, the actress wears a mask with her name on it. There is a new addition to Urvashi Rautela's luxury collection and after seeing the outfits and jewellery.

On the work front, Urvashi Rautela will be making her Tamil debut with a big-budget sci-fi Tamil film in which she will be playing the role of a microbiologist and an IITian, and later she is going to appear in a bilingual thriller Black Rose along with the Hindi remake of Thirutu Payale 2.

Urvashi is starring in a lead role in Jio studio's web series Inspector Avinash opposite Randeep Hooda, which is a biopic based on the true story of super cop Avinash Mishra and Poonam Mishra.