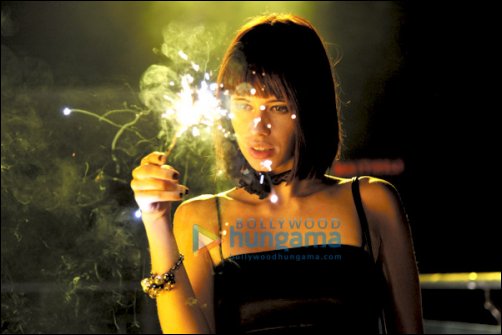 The team of Shaitan had a blast while shooting for a particular scene at Marine Drive in quite the literal sense. The scene in question was being filmed on Diwali where the cast had to be shot playing with firecrackers - where a small scene turned out to be quite a celebration.

Says a source "The team was shooting for a scene at Marine Drive, but a few minutes into the shoot, and they were pulled in to join in the celebrations with the crowd. Kalki, Rajeev, Shiv Pandit, Kirti Kulhari and Gulshan Deviah quite literally celebrated Diwali on Marine Drive."

An impromptu decision, director Bejoy Nambiar decided to keep the cameras rolling, "Bijoy thought the scene looked real and vibrant and hence let the camera roll - the bunch literally interacted with random people on the streets and celebrated the festival with them," adds the source.