Sushmita Sen made her way into the film industry after winning both the Miss Indian and Miss Universe beauty pageants. In fact, the actress who was recently seen in the web series Aarya made her debut with Mahesh Bhatt's 1996 thriller Dastak. Recently, in a conversation with Twinkle Khanna for Tweak India's The Icons, Sushmita recalled the time Mahesh Bhatt insulted her in front of the media and productions people. If that wasn’t, all Sen also details why she calls Bhatt, ‘a Fabulous director’. 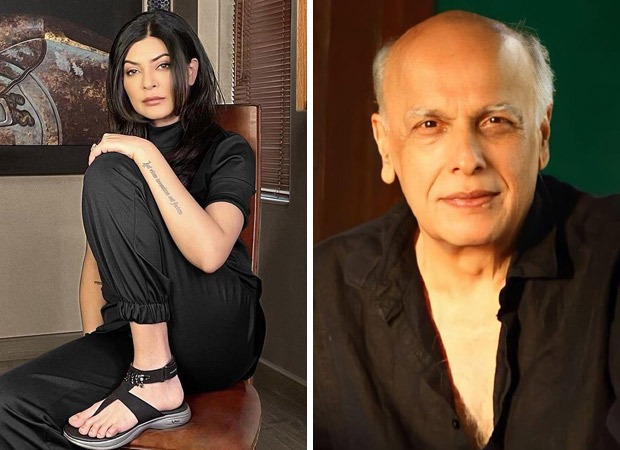 Speaking about her big break in films, Sushmita says, “I was in LA when I came down to India to visit my family. And I got a call from Mr. Mahesh Bhatt’s office, and I'm just like, the director Mr. Mahesh Bhatt? And I'm wondering, nobody ever called me for anything. So he called and he said we just meet for a cup of coffee, we met and he said this is what I want to do. I want you to play Sushmita Sen in a movie. So I said why? He said, ‘I have an idea I want to create this this stalker and this Miss Universe story’ and I said but I've not even done Theatre in school. Like I don't know anything about acting. So he says, ‘maine kab kahan that you're a fabulous actor. I said I'm a fabulous director. You just come’. I loved the confidence with which he told me that. So from Miss Universe, be elegant. Behave yourself. Talk softly you know, I'm doing this mahurat shot where I pull out my earing and I throw it at somebody and I'm doing it so badly. I can't even begin to tell you.”

Later talking about how the maverick director broke inhibitions and taught her a valuable lesson Sen continues, “Yeah, he's a fabulous director. I'll give him that. Because he broke inhibitions in front of 40 media people 20 Production guys publically attacking me. And I started crying, I told you I can’t act, why you called me for this, I don't know. So then he's like, ‘playing Miss Universe like this on camera she can act to save a life’. I got very angry, and started walking off the set. He tried to hold my hand and I just snapped it and said, ‘No, you don't talk to me like that’. And I was walking away. And he grabbed it again and said, ‘that's anger. Go back and give it. And I did it, matlab I got a cut because I yanked the earing so hard.”

On the work front, Sushmita who won the Miss Universe 1994 pageant went on to make her debut with Mahesh Bhatt's Dastak in 1996. Since then she has worked in films like Biwi No 1, Fiza, Aankhen, Main Hoon Na and Maine Pyaar Kyun Kiya? Recently, she made her comeback with Aarya and returned with its second season last year.