Superstar Singer 2 surprises its audience not only with some of the most incredible performances but also with some interesting guests who share some memorable moments on the show.  Promising yet another such episode, this Sunday will see ‘Bollywood’s very own Dream Girl - Hema Malini along with her daughter and actress, Esha Deol gracing the show as its guests. The duo will be seen together for the first time on Indian Television on the stage of Superstar Singer 2. 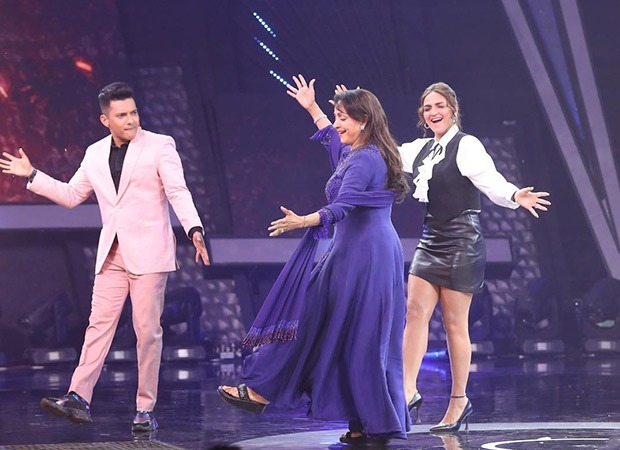 Amidst the extraordinary performances by the kids, what the audience can look forward will also this iconic moment where they will get to witness the mother daughter duo i.e Bollywood’s ‘Dream girl’ and ‘Dhoom girl’ dancing to each other’s popular dance number. Both these elegant beauties and dance divas are definitely going to leave everybody awestruck with their performance. While veteran actress Hema Malini will be seen dancing to the iconic track ‘Dhoom Machale’ , Esha will groove to her mother’s evergreen song ‘Jhuka Ke Sar Ko Puchho’.  This fun role reversal dance challenge will definitely be a beautiful takeaway from this episode that will remain in viewers’ memory forever.

On the other hand, Hema and Esha will also be seeing everybody’s performances. During one such performance when one of the contestants named Sayisha was paying a tribute to Hemaji on the popular track from Naseeb, they were left quite impressed with her. So much so, that the veteran actress asked her to teach music to her grandchildren. Hema Malini said, “Sayisha’s performance took me back in the time when I was shooting for Naseeb performing on Lata ji’s playback. This song is pretty difficult and Sayisha performed it with so much ease at the age of just 7 years. Esha’s daughter and my granddaughter Radhya always join me when I am practicing music in my free time. She would sit next to me and try to learn. She also has a beautiful voice. So I would like to request Sayisha to come to my house and teach both my grandchildren Radhya and Darien music and become their teacher.”

To the same, Esha went on to add, “Not just teach them but also play and have fun with them.” She went on to add, “Sayisha has the dedication that people acquire when they grow up but just like my mother who started performing on stage at the tender age of six years, you will surely become a big star in the future.”