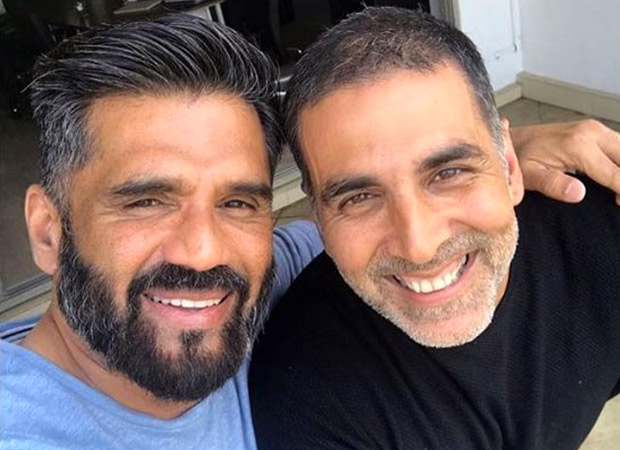 Commenting on the trailer post of Akshay Kumar, Suniel wrote, ‘???????????????????? stuff ... The very best to the super cops and the super team of sooryavanshi’. Soon after, Akshay responded by saying, ‘Thank you brother’, followed by a heart emoji.

Meanwhile, Sooryavanshi marks the entry of the third cop in Rohit Shetty's cop universe. This is the first time Rohit Shetty is working with Akshay Kumar and Katrina Kaif. The film also has cameos by Ranveer Singh as Simmba and Ajay Devgn as Singham. The film is slated to release on March 24.

Also Read:Here’s how Mumbai cops helped Akshay Kumar and Rohit Shetty during the shooting of Sooryavanshi