The highly awaited trailer of Sooryavanshi starring Akshay Kumar released on Monday amid massive fanfare. The film marks the first collaboration between Rohit Shetty and Akshay. After three films on cops - Singham franchise with Ajay Devgn and Simmba with Ranveer Singh - the director extensively shot this particular film in Mumbai. 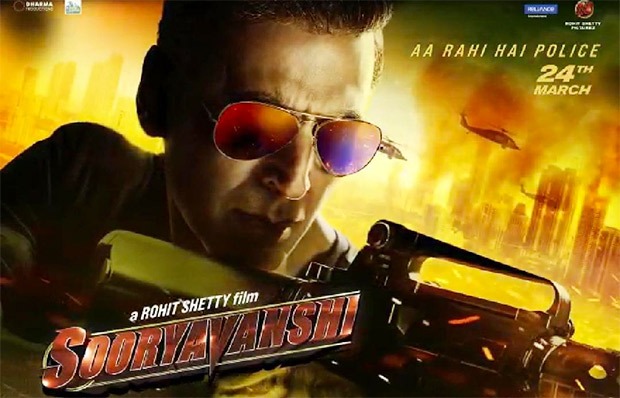 Rohit Shetty said that the Mumbai cops were helpful when they filmed at live locations like Lower Parel flyover and Bandra-Worli sea link. Rohit recalled that they shot a scene of police convoy on the Lower Parel flyover at night and had required permission from BMC. He said that had the cops not managed the crowd, it would have been impossible to shoot the film.

While he has done several movies on the cops, he still did research with Mumbai police to determine the uniforms each character would wear in the film according to the set designation. The cops also made them understand the process that follows when it comes to Anti Terrorism Squad.

Akshay Kumar is essaying the role of Veer Sooryavanshi, an officer in the ATS team. The film stars Katrina Kaif and Ajay Devgn and Ranveer Singh on cameos. It is releasing on March 24, 6 pm onward.

ALSO READ: Sooryavanshi Trailer Launch: “I was cast in Phool Aur Kaante but then Ajay Devgn pushed me out of it” – Akshay Kumar