Suhana Khan has become an internet sensation with her photos often taking the internet by storm. She has now created waves with yet another photo in which she seems to be having a gala time at a girl gang bash. The star kid is currently in the U.S. for her further studies and we often get to see glimpses of her college shenanigans. 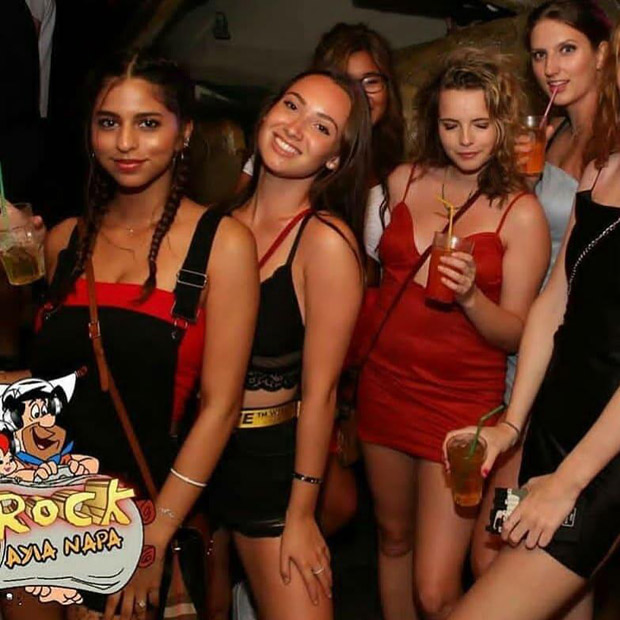 In fact, Suhana Khan recently created buzz for her latest photos that went viral from a certain short film that she acted in, as a part of her college project. And now the latest photo that has been making news is the one where she is seen enjoying along with her girlfriends at a black-and-red themed bash. Here’s a glimpse of the same:

Dressed in a black jumper, the photos of the bash, as usual, made it to the fan clubs. Coming to Bollywood, Suhana Khan made news when she did a photoshoot for a high profile magazine. However, her acting debut in films is still a long way to go. Her besties Shanaya Kapoor and Ananya Panday have already set foot in the industry. While Ananya has bagged her second film, Shanaya has been assisting on a few films.

Also Read: Suhana Khan proves that she is a natural beauty as she enchants everyone with her latest no makeup look [See photo]