Although he has been busy with Dabangg 3, Salman Khan recently was seen taking a break from his schedules and spend time with his family. The Bharat actor was recently seen having a gala time with his nephews and he even posted about it on his Instagram page. But what has grabbed attention recently is a photo of him that has left his fans swooning over his flexible moves! 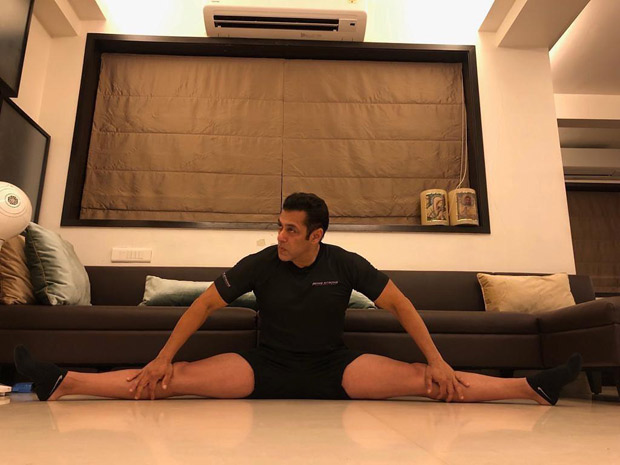 Salman Khan posted a photo of him doing an effortless split and needless to say, fans cannot stop appreciating the actor for the same. He also captioned it quirkily saying, “In Splits”. From Sonam Kapoor’s husband Anand Ahuja to actor Rajniesh Duggal, many celebrities commented on the Instagram post as they were left quite impressed by this split!

On the work front, after Bharat, Salman Khan will next be seen in Dabangg 3 and Inshallah. The actor is also expected to start work on Kick sequel that will be directed by Sajid Nadiadwala and he will also reunite with Ali Abbas Zafar for the fourth time, for the third instalment of Tiger franchise.