Last Updated 30.11.2022 | 7:50 PM IST
feedback language
follow us on
Bollywood Hungama » News » Bollywood Features News » Suhana Khan proves that she is a natural beauty as she enchants everyone with her latest no makeup look [See photo]

Of late, many photos of Suhana Khan are going viral as she seems to be grabbing attention with each of her looks, from glamorous to ethnic! The latest photo that seems to have made her social media fans go gaga is her no makeup look. While she has impressed many even in her simple looks, this time around, we get a glimpse of natural beauty in this sans makeup avatar! And it seems her fans are impressed with this one! 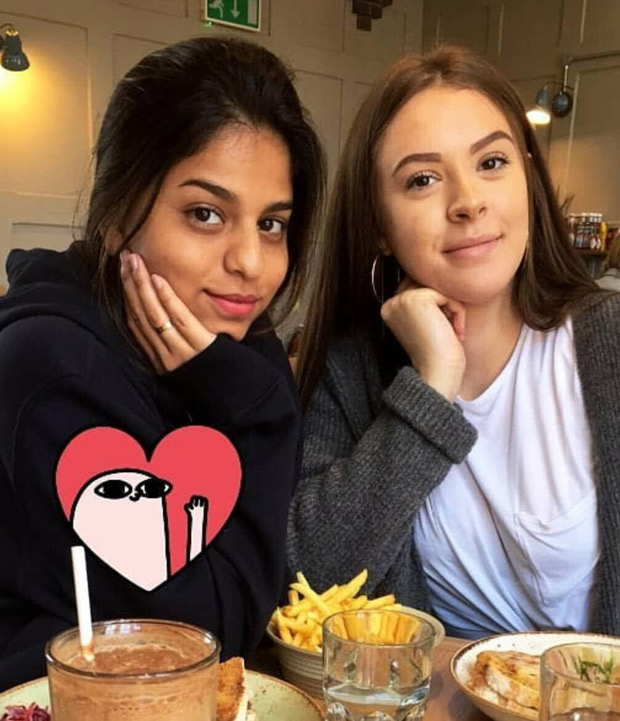 Going by the photo it seems that Suhana Khan was spending some time with a friend at a café and looks like there were conversations over cold coffee and French fries.

Not too long ago, a photo of Suhana in this oversized yellow tee went viral on Instagram. While the star kid doesn’t have her own page, fanclubs of this Khan often shares photos from her student life.

After Suhana Khan did a glamorous photoshoot for a popular magazine, there were constant reports about her Bollywood debut. But soon the star kid’s superstar father Shah Rukh Khan rubbished the same adding that it is her future plan indeed but there is nothing on the cards until she completes her studies abroad. The star kid, in fact, is expected to be studying acting there and a few photos from her short film too seem to be doing the rounds on social media.