Kabir Singh has pretty much shown the way. Despite being a love story, the film is an 'A' certificate affair, which is quite rare when it comes to telling a romantic tale. Still, the film is doing excellent business all over. While it has now been established loud and clear that audiences indeed do have an appetite for such tales being narrated on the big screen, all eyes are on Sidharth Malhotra, Riteish Deshmukh, Rakul Preet Singh and Tara Sutaria's Marjaavaan, which is the next intense love story to be arriving in theatres a few months from now. 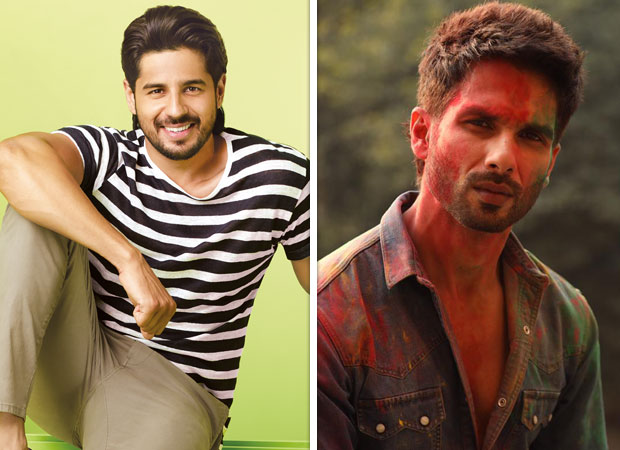 "The film is a violent dramatic love story, and one can expect just the right combination of romance and action in there," informs our source, "Sidharth has done one similar film in this genre some time back, Ek Villain, and that stays on to be the biggest success story of his career so far. Now that he would be returning in an intense avtar in Marjaavaan, expect fireworks all over again."

Director Milap Zaveri is known for his acidic dialogues and holds-no-bar treatment when it comes to telling intense stories, something that was apparent in his last release Satyameva Jayate as well. With Marjaavaan, he is expected to take the storytelling many notches higher.

"The tagline of the film goes 'Ishq Mein Marenge Bhi, Maarenge Bhi' so that should say it all," our insider comments, "The First Look poster with a combination of red and black palette has made it quite apparent that there would be love and blood in equal proportion."

As for Sidharth, one can well expect a truly mature act, given the shades that he has demonstrated in films like Ittefaq and Aiyaary.

"Aiyaary may not have done well and Ittefaq was just about decent but no one doubted the calibre demonstrated by Sidharth," a filmmaker opines, "He has been experimenting with his roles, something that not many mainstream commercial actors are doing today. Before Marjaavaan, he would be seen in Jabariya Jodi which would showcase him in a comic avtar. Meanwhile, he is also working in Sher Shah. He is working across films in different genres and his latest crop of films should do the trick."

As for Marjaavaan, one now waits to see the kind of intensity that Sidharth brings on screen. Considering he is reuniting with his Ek Villain partner Riteish Deshmukh in the film, it would indeed be something to watch out for.

Also Read: Sidharth Malhotra posts a picture while putting on a shirt and made our weekend better even before it started!