If you are part of the entertainment business you know stories nowadays are made, and made up, on the basis of pictures randomly snapped at airports and outside restaurants. So a picture of Aishwarya holding on to her daughter’s hand at the airport while her husband Abhishek walked a little distance away meant the two had a fight and —to carry the story forward—their marriage is not doing well. Tch tch. 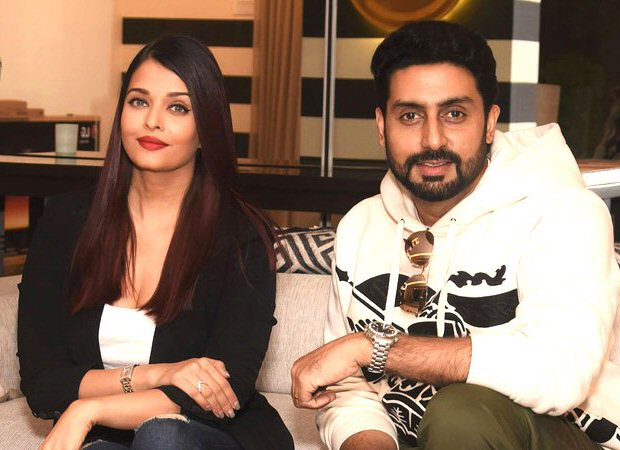 Oh well. Whose marriage in showbiz (and even out of it) is doing well these days? But let me tell you, the rumours of a rift between Abhishek and Aishwarya are someone’s idea of bringing the couple down to the heartbreak club. Since so many marriages are not doing well, why should theirs be not doing badly? That’s the twisted rationale. Go figure.

But the truth is, this couple is very happy together. Far from warring, the two are on the same page on most of the important decisions in their collective lives including Aaradhya’s upbringing and Abhishek’s career.

It was Aishwarya Rai Bachchan who suggested that Abhishek hire Salman Khan’s former business manager Reshma Shetty. Ever since, Abhishek’s career has shown a remarkable upswing. The actor is said to have given the best performance of his career in Anurag Kashyap’s Manmarziyan where Abhishek plays a Sardarji for the first time.

I can tell you this. 2018-19 is Abhishek’s turn-around move-ahead time. He will finally find his bearings as an actor. As far as his parenting skills are concerned, Abhishek is not going to post pictures of his time out with Daughter in the park, or cuddling with Adorable One for Instagram. Let me tell you he is one of the best fathers in showbiz. He doesn’t have to prove it to anyone. In fact in my experience the more the showbiz parents try to prove how hands-on they are with their kids, the less involved they actually are with the process of parenting.

So am I saying Abhishek and Aishwarya don’t have arguments? Of course, they do!. It would be abnormal if they didn’t. But the fact is, their marriage is rock-solid and based on complete trust. I can tell you this with complete certainty: Abhishek is the only major star-husband who has never had an extra-marital affair.

I can also tell you who is behind the rumours of their rift. But then that’s another story.

Also Read: Abhishek Bachchan proposed to Aishwarya Rai Bachchan not with a solitaire but this prop!