Sonam Kapoor who has just got married to her long time love Anand Ahuja is all set and raring to go as she reaches the French Riviera to walk the prestigious Cannes red carpet for an international cosmetic conglomerate. Now we know we can only expect fireworks from Sonam who sure will set a high precedent for fashion yet again. But despite all the rush, she found time to take to Instagram and congratulate Aishwarya Rai Bachchan for her debut on the social media platform. She wished her well, welcomed her as she addressed her as her gorgeous co-ambassador! 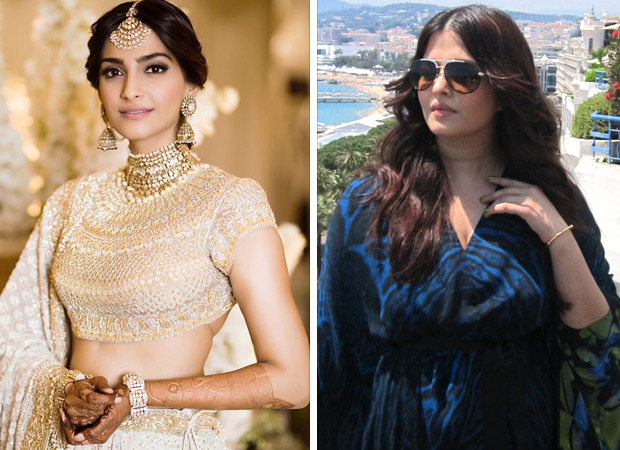 She wrote, “My gorgeous co-ambassador is on instagram! Cant wait to see you kill it at cannes! @aishwaryaraibachchan_arb #weareworthit @lorealmakeup @lorealhair.” She shared a picture from their official photoshoot for the brand. Well, looks like Sonam is not leaving any stone unturned to make sure that her past rift with ARB remains where it belongs - in past! In addition to this, she even made a personal phone call to Ash after sending her a formal invite to her wedding reception held in Mumbai last week. Ash obliged and attended the same. All is well between the lovely ladies now.

For the uninitiated, Sonam Kapoor had called Ash an 'aunty from another generation’ years ago when questioned about she replacing the Fanne Khan star for the same cosmetic brand. Sonam now is persistently making amends to bury the hatchet and looks like it is working.