Living by the mantra, ‘I don’t do Fashion, I am Fashion’ is Bollywood’s resident style slayer, Sonam Kapoor Ahuja! Not only does she ace but also pushes the sartorial borders with her keen sense of style play, whether on the home turf or the international scene. Time and again, Sonam has proved a point with her versatile style game. Her co-conspirator in this always astounding style fiesta is her sister and a style maverick, Rhea Kapoor. While casual styles come easily for the duo, red carpet appearances are their forte, with Rhea curating the style and Sonam executing them with an enviable panache. Sophistication is a constant underlying vibe, Sonam gave us a glimpse of her high-fashion shenanigans with her Cannes stint beginning from 2010. Always delightful, Sonam is probably the only diva who has never locked horns with the fashion pundits.

Making heads turn again this year, as Sonam Kapoor Ahuja, her Cannes journey is a study in achieving rare sophistication in itself. Here is a quick style recap. 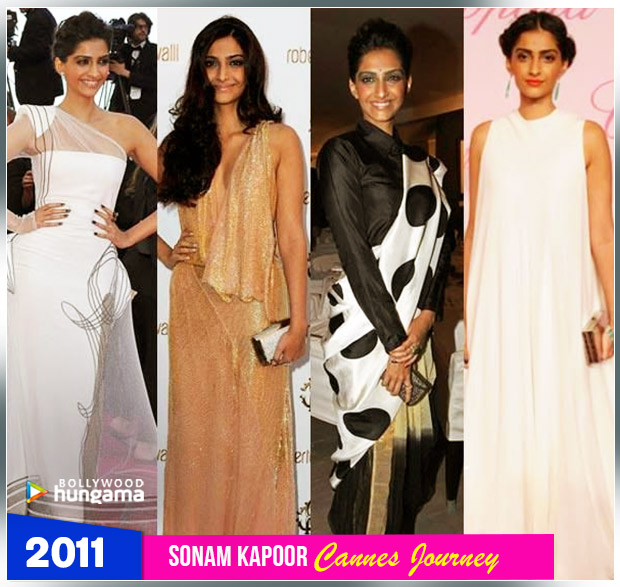 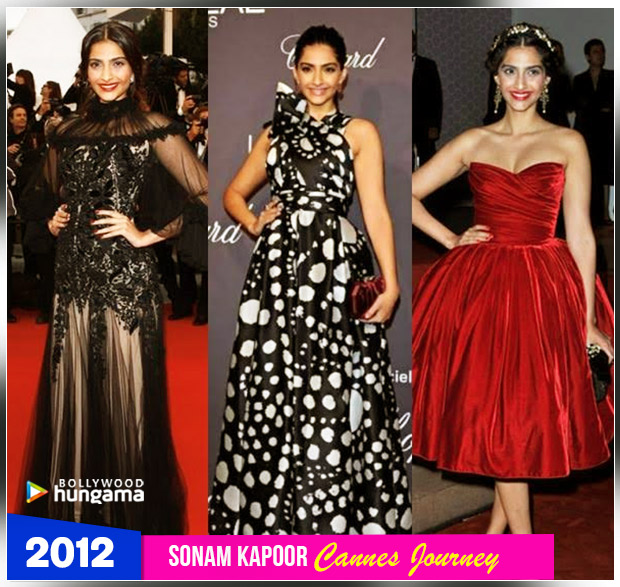 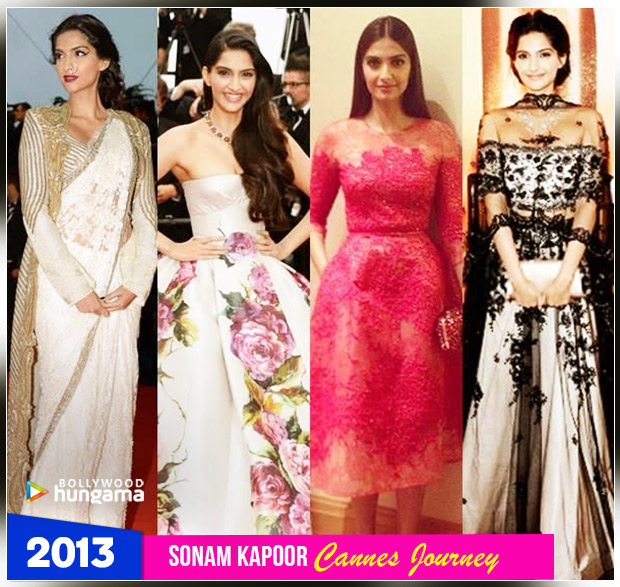 Sonam brought in a traditional vibe with an Anamika Khanna saree with an embroidered long jacket, winged eyes and bright red lips with a nose ring as a perfect accompaniment. She also wore a floral strapless fit and flare Dolce and Gabbana gown along with side-swept, soft, wavy hair, nude makeup, and an elegant necklace. Her other ensembles included a pink dress and a monochrome cape dress. 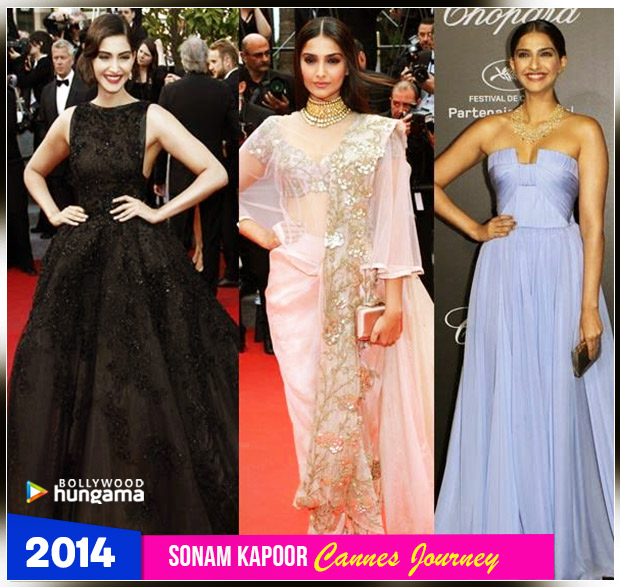 Sonam Kapoor went for an all-black vibe in this stint, wearing an Eli Saab gown with a stunning vintage faux bob, shimmer and rose gold on her eyes and pink lips. Sonam kept up the vibe with a blush pink Anamika Khanna cape saree, black smoky eyes, nude lips and sleek hair. She rounded up this affair a powder blue strapless gown with a low pony, bright lips and a statement necklace. 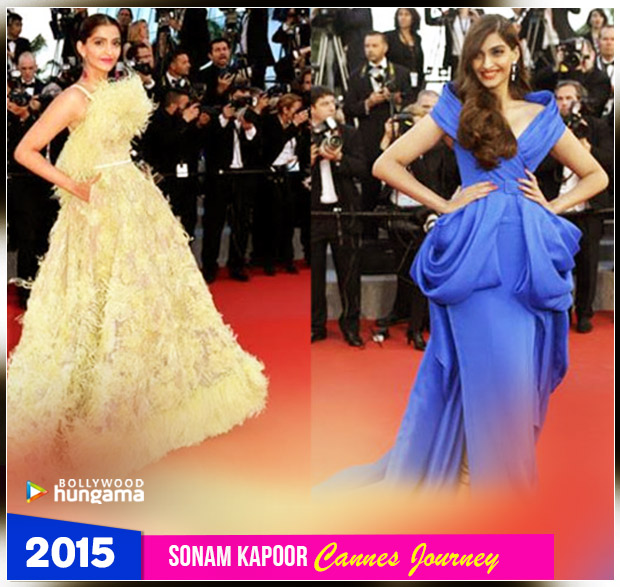 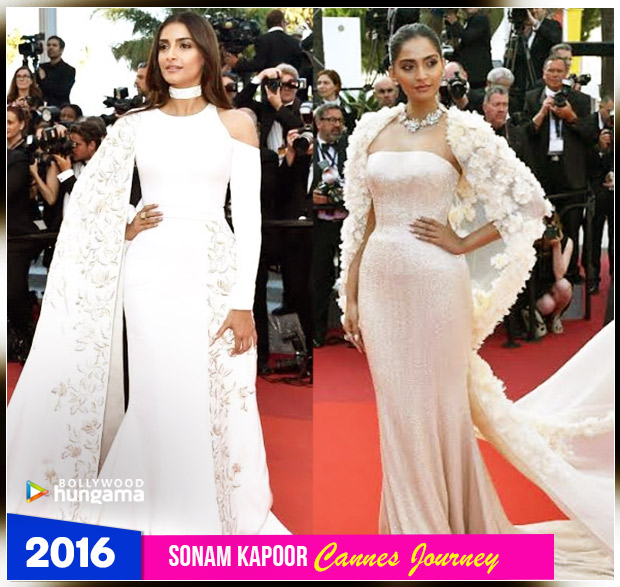 Sonam flaunted a white ensemble by Ralph and Russo featuring a short train and a long floral cape topping it off with a neat bun, pink blush and lips. She also wore a Ralph & Russo sari-inspired dress with stud earrings and a white-rock ring. 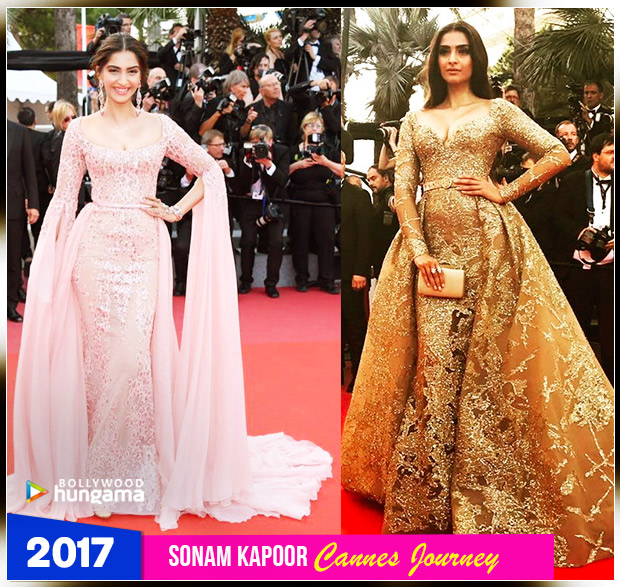 It was Elie Saab all the way with peachy pink and gold shimmery gowns. A stunning makeup accompanied her in these outings.

Engaging us with her shenanigans with flair of elegance and oodles of confidence, we can hardly wait for the diva to add yet another fabulous year sartorial drama at Cannes again this year.