Star Plus' Smart Jodi is a reality show with top 10 real-life celebrity couples who compete against each other in fun and entertaining tasks. The show started in February as the couples battled it out to win hearts with their chemistry and performance. Viewers loved watching their chemistry and fun as they got a glimpse of their camaraderie, candidness as they tried to understand how their favourite celebs are in real life. Now, the show has reached its finale, where none other than the most ideal and adorable couple Riteish Deshmukh and Genelia D’Souza grace the show along with musician Kumar Sanu. 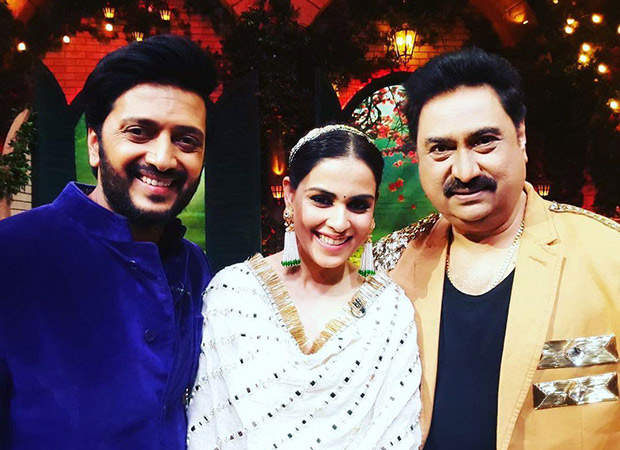 Smart Jodi has a wide variety of activities as contestants are given exciting tasks, games and at the same time, there is enough masti that always keep the on-lookers hooked on. In its grand finale, with the entry of Riteish Deshmukh and Genelia D’Souza, we can expect some fun activities and masti on the sets. It is going to be charming to see them as always. People already love their Instagram reels. The pair will also be seen bringing in a golden ‘Gadhbandhan’ to give to the winner of the show.

This time around the show will also have ample music and dance! 90's sensational singer Kumar Sanu will be a part of the grand finale. A source close to the development confirmed saying, “The talented singer will be seen giving a tribute to all the jodis in his melodious voice. The singer's personality is super fun-loving and entertaining. The jugalbandi will surely knock your socks off.”

All the couples have grown throughout the show and have put in all their efforts, love, fun, and brains to win the tasks and reach ahead. Their healthy competitive streak in them is praise worthy. Now it is going to be just exciting to see who turns up on the top. The grand finale will premiere during the coming weekend.