The supergroup of SM Entertainment, SUPERM has finally dropped their highly awaited album 'Super One' on September 25, 2020. The group earlier released their pre-singles '100' in August followed by the second track 'Tiger Inside' on September 1, 2020. 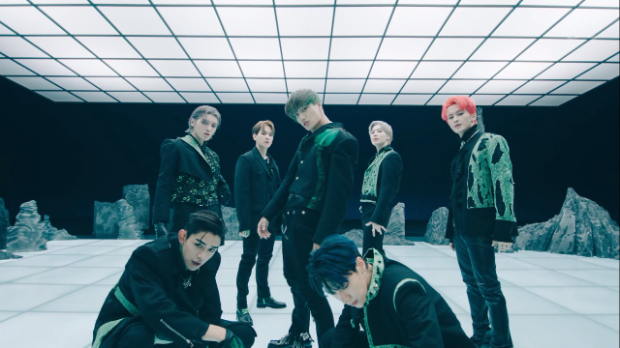 Less than a year ago, SM Entertainment brought together SHINee's Taemin, EXO members Baekhyun & Kai, NCT 127's Taeyong and Mark, and WayV's Lucas and Ten to form this power-packed group. They dropped their self-titled EP along with the futuristic music video of 'Jopping' which debuted at number one on the Billboard 200 chart.

Now, almost a year later, the debut film has arrived along with the energetic music video 'Monster & Infinity' which is a hybrid of two solo tracks 'Monster' and 'Infinity' from the same album. This is the first time since SHINee's 'Sherlock' ('Clue' & 'Note') in 2012, that SM Entertainment has done a mashup of two explosive songs. The futuristic track has callbacks to movies like 'Matrix'. “Catch me in the racecar, spaceships" - they croon as the electrifying music video goes back and forth between high octane sequences.

SuperM's 'Super One - Monster & Infinity' has been produced by VM Project and directed by Paranoid Paradigm. This is the same team that worked on their 'We are the future' teasers. The other projects they have worked on Taemin's 'Criminal' video from his recent album 'Never Gonna Dance Again', EXO's 'Obsession', NCT 127's 'Simon Says' and WayV's 'Turn Back Time' music videos.

Along with the album and music video, SM Entertainment announced its partnership with Marvel for SuperM. The collaboration includes a unique comic style artwork that has been included in various merchandise including T-shirts, tote bags, graphic t-shirts, logo caps, etc. This is to showcase a new kind of experience for K-pop and Marvel fans.