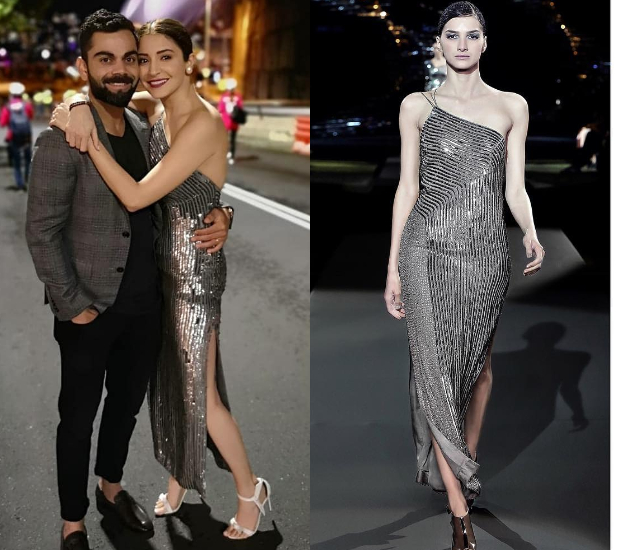 For the NYE dinner, Anushka slipped into a metallic Rohit Gandhi and a Rahul Khanna one shoulder fitted geometric sequence gown from their latest collection Celestial. 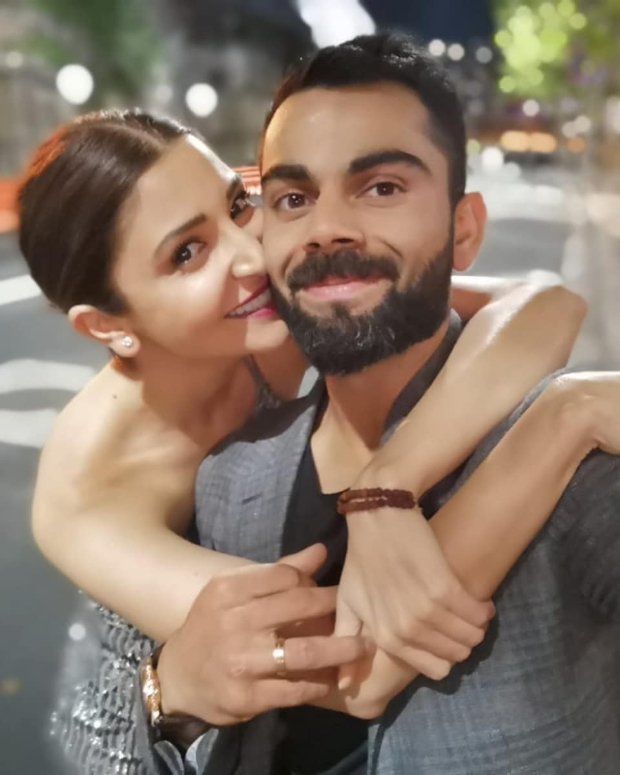 Eartops, white sandals upped the look. Nude makeup and a sick low back bun rounded out her party vibe. 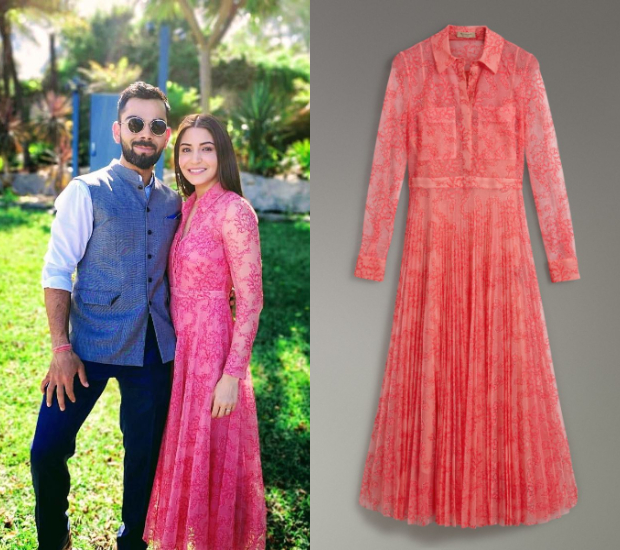 On the professional front, Anushka Sharma was seen in Sui Dhaaga – Made in India and essayed the role of Aafia Yusufzai Bhinder, a NASA scientist with cerebral palsy – a pivotal role alongside Shah Rukh Khan and Katrina Kaif in the recently released Aanand L Rai film, Zero.