Anushka Sharma swears by classic ensembles and non-fussy styles. But occasionally she does experiment with a wondrous outcome. Anushka has teamed up with ace fashion stylist Anaita Shroff Adajania for some of her promotional vibes. 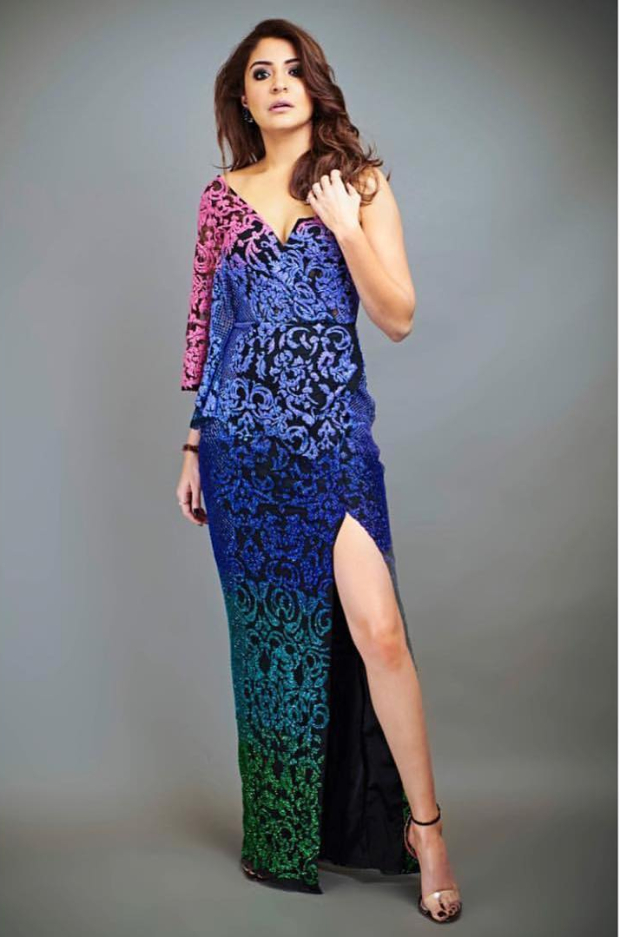 Anushka Sharma oozed some serious oomph and sass in an eclectic Monisha Jaising ensemble while promoting Zero on the sets of the reality show, Indian Idol 10. 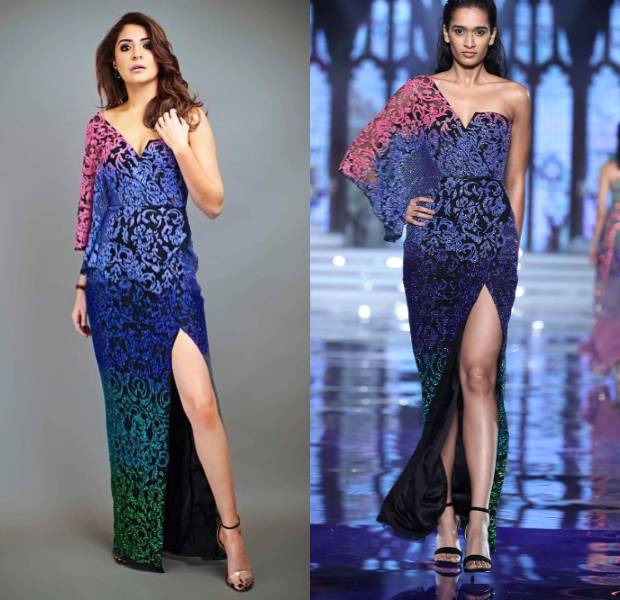 The multi-hued shades Damascus embroidered kaftan featured bugle beads with a structured corset and high thigh slit on one side. The gown is priced at a whopping INR 1,69,999/-. 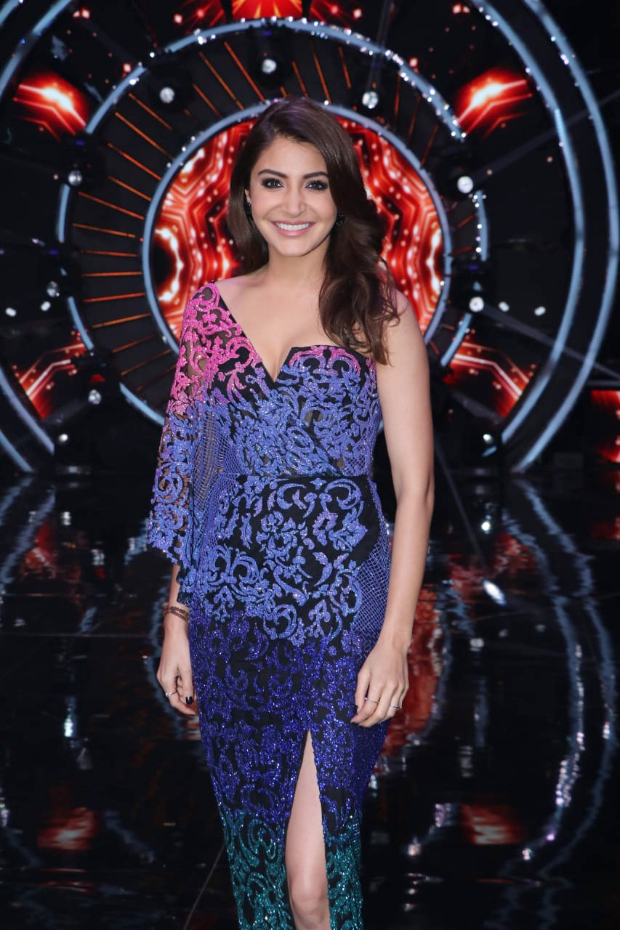 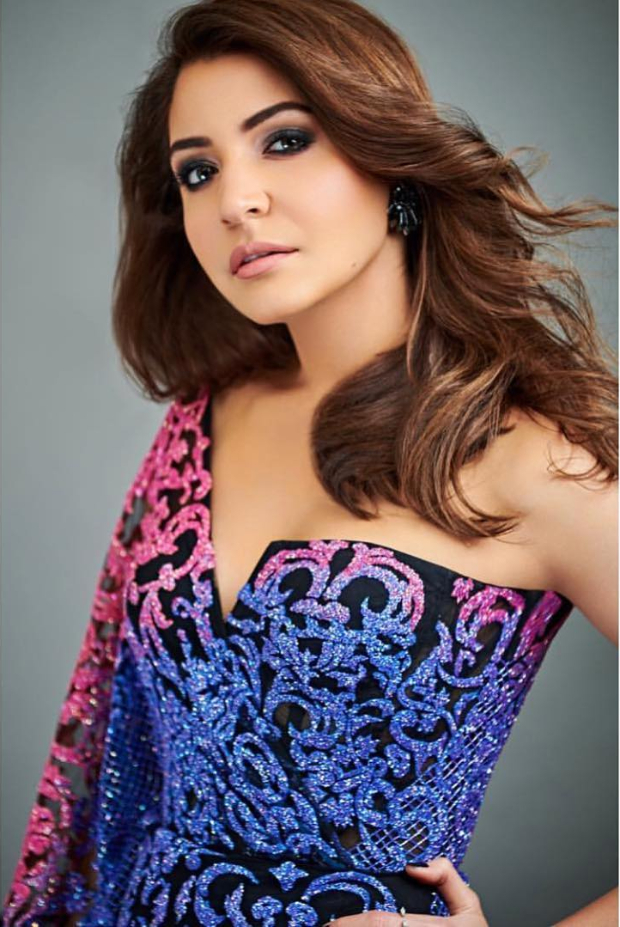 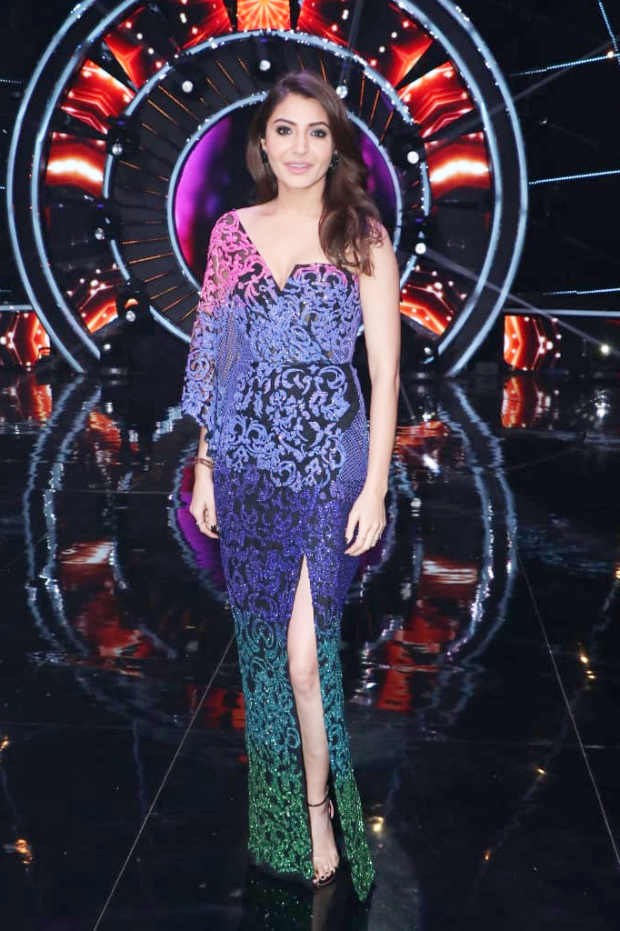