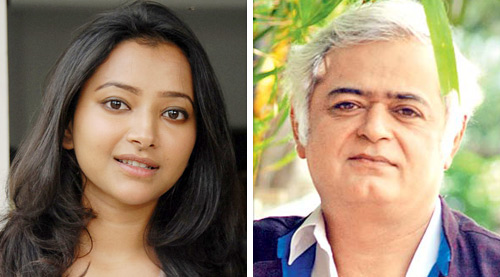 Hansal Mehta's decision to cast Shweta Prasad in his next film is, according to the director, a case of too little too late.

"Shweta is immensely talented. I remember when Vishal Bhardwaj had shown me the rushes of Makdee, this little child actress had immediately caught my attention. I had decided there and then that I'd cast her one day. It's sad that I waited until this awful incident to think of casting her," says Hansal who has a pivotal role for Shweta in a film that he's planning on the life a true-life female achiever.

"I can't reveal more now, as we're in negotiations for the filming rights of this real-life story. But I do know that I should have cast Shweta long ago. Tragically in our industry we filmmakers run after success and not talent," says Hansal.

He wonders why child artistes grow up to such an abysmal career. "Apart from Sridevi and Urmila Matondkar I don't know of any other child actress who has broken through the barrier between childhood and maturity. Even the male actors face the same situation. Master Rajoo was such a bundle of talent as child. He was fabulous in those movies directed by Gulzar Saab. But when he grew up nothing happened. We must not allow talent to languish once it is matured. We are guilty of pushing child actors into anonymity and ignominy when they grow up."

Hansal says the publicity given to Shweta's alleged involvement in prostitution revealed a sickness in our society. "She is a victim not a criminal. I was in the US when it happened. I tweeted about wanting to sign her. I felt we had done her grave wrong. She should have been signed by prominent filmmakers instead of being relegated to a non-entity status."