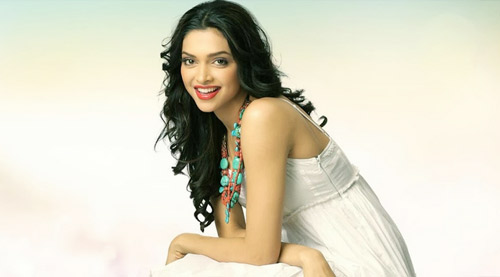 It's tough being a female actor in Bollywood. Even if on screen this is the year of the Girls, off screen we continue to live up to our (miss) marketing pitch of No Country for Girls... heroines included.


On Sunday, Bollywood's Number 1 female star Deepika Padukone declared twitter war on a leading newspaper for publishing a gallery of tasteless images featuring her. The web post titled "OMG: Deepika Padukone's Cleavage Show" were all top-angle shots, unaesthetic and definitely put up with the intention to outrage the actor's modesty. Deepika's retort: "YES! I am a Woman. I have breasts AND a cleavage! You got a problem!!??" was no-nonsense and resounding.


While Deepika Padukone amassed a thunderous wave of online support from her film industry colleagues, thought leaders and fans, predictably there are some backstage naysayers who see everything with Bollywood tinted glasses of cynicism. Just like Preity Zinta's complaint of misbehaviour of her ex boyfriend and Kings XI Punjab co owner Ness Wadia, was labelled as a "fading star's meltdown" and "publicity stunt", there are some who believe Deepika's reaction is a "well timed stunt" to bolster the collections of her just released Finding Fanny and also to propel the chances of her big Diwali extravaganza Happy New Year co-starring Shah Rukh Khan, if you please.


Talk of synchronicity! So let me get this right. If a female actor (who mind you, is at the top of her game) speaks up against objectification at the time of her film's release then its publicity. And if she does so when her film is not releasing then again it's for publicity because she is seeking a career revival and needs to be in circulation. So basically, a female actor can't express her opinion about herself and her portrayal. Ever. Talk about diabolical. Take a bow, misogyny.


If a top Bollywood female star has to go through the line of fire for taking a stand for herself then can you imagine what it's like for regular girls in our country who are not as empowered? No Country for Girls, like I said.


If this is a publicity stunt then well, it's a great one because it once again exposes our hypocrisy in how we treat our women, especially those who speak out. By speaking up for herself, Deepika has shown that she has a cleavage and a voice too. It's about time we started seeing our heroines beyond their cleavage. And lips. Maybe all those filmmakers who are applauding Deepika can bring about a change in the way they promote their movies? Surely a film is more than the number of liplocks. Wonder why every kiss in every film still makes for a page one story and "exclusive" pictures? Like a director famously said, "Kissing is the new hugging" so by now aren't we over the fascination for liplocks? While we applaud a female star for speaking out against her objectification maybe her ecosystem can also show her and her female colleagues some respect by not pegging their presence in a film just on their lips and cleavage.