Shanaya Kapoor is a sensation among the youth. Her sense of style and fashion has been a talking point. Shanaya is often seen setting major fashion goals with her besties Ananya Panday and Suhana Khan and the netizens can't get enough of this trio! 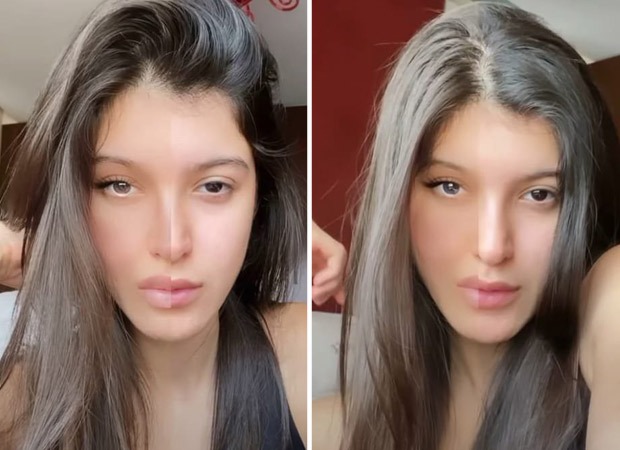 Shanaya posted a reel on her Instagram with a snippet of her with a beauty filter and one of her natural no makeup up. She used a split screen effect to show both sides of her life. The makeup, glamourous and life full of filters and the no makeup, natural look! She preaches about embracing one's true self and loving and accepting yourself.

On the work front, Shanaya Kapoor was the assistant director on her cousin Janhvi Kapoor's movie Gunjan Saxena - The Kargil Girl. She was also seen in the Netflix show Fabulous Lives of Bollywood Wives produced by Karan Johar starring her mom Maheep Kapoor, Bhavana Panday, Seema Khan and Neelam as leading ladies.

Shanaya Kapoor will kick off her Bollywood debut in July under Dharma Productions. She is reportedly starring alongside Lakshya and Gurfateh Pirzada.