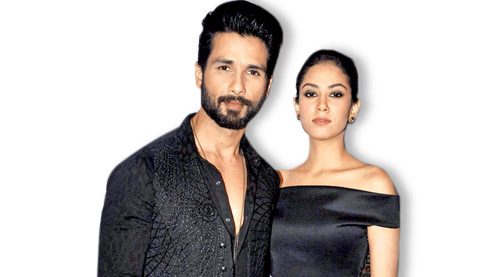 When Shahid Kapoor announced his wedding with the much younger and non-filmy Mira Rajput, his fans were definitely left surprised. Though it was said to be an arranged marriage, Shahid recently revealed the moment he fell in love with Mira.

In what seems like a quintessential Bollywood situation, it was love at first sight of sorts for Shahid Kapoor. Reminiscing about it, Shahid Kapoor stated that he first met her when they were at a friend's farmhouse in Delhi and ended up speaking for seven hours. Further revealing details of that picture perfect moment, he stated that whilst they went for a walk, as the sun was setting behind them, he realized that Mira's eyes had a unique colour. It wasn't dark but had a sort of hazel tinge. He mentioned that this was 'the moment' when he felt that he could marry her but at the same time he sort of reminded himself that she is only twenty years old.

Readers may be aware that Mira Rajput is about fourteen years younger to her hubby and actor Shahid Kapoor. The two tied the knot in July 2015 and the couple is expecting their first child now.