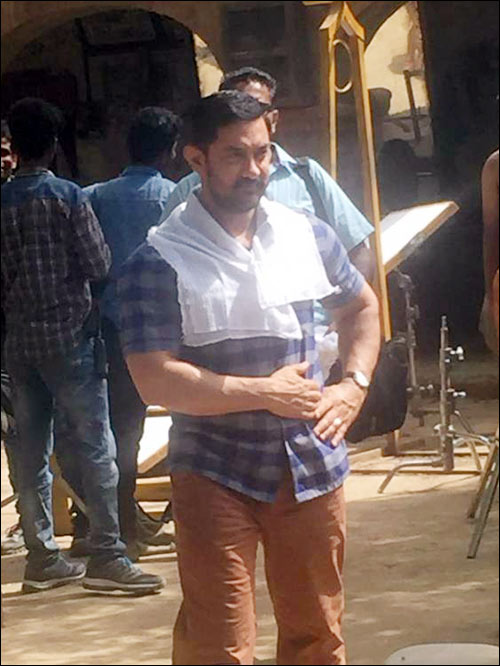 Earlier this week, Aamir Khan shared a picture of his transformed muscular body for his upcoming film Dangal. The actor had gained a ton of weight for the role of the Indian wrestler, Mahaveer Phogat.

Dangal will focus on Mahaveer Phogat's life since his wrestling days to his coaching days. For that, Aamir Khan went through an intense physical transformation. He went from 68kgs to 93kgs in six months to show Mahaveer's older life. Now, Aamir has lost all his excess flab, reduced 25kgs and has built a muscular body to shoot for younger days of Mahaveer Phogat. 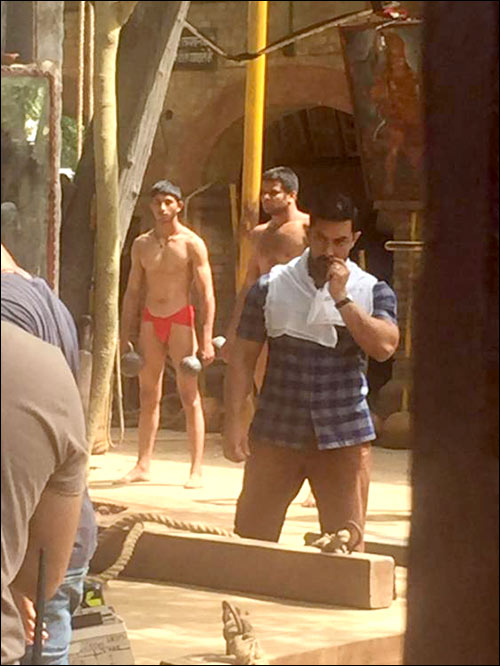 The shooting for the next schedule commenced in Ludhiana this afternoon. Some pictures emerged of Aamir Khan from the sets as he starts shooting for the young Mahaveer Phogat. He is seen wearing a plaid shirt and khaki pants and is sporting a moustache.

Dangal is a biopic on Indian wrestler and Olympics coach Mahaveer Phogat who taught wrestling to his daughters Babita Kumari and Geeta Phogat. Written and directed by Nitesh Tiwari, Dangal is scheduled to hit the theatres on December 16.