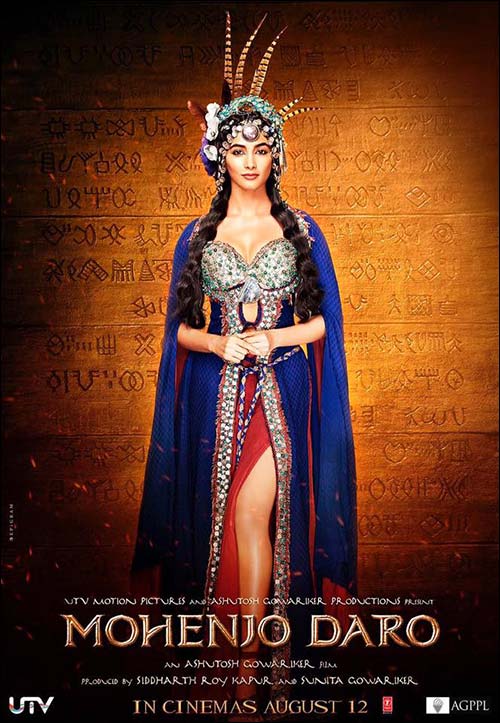 Last week, Hrithik Roshan unveiled the first motion poster of his upcoming film in Mohenjo Daro and introduced his character Sarman. Today, the first look of the lead actress Pooja Hegde's was introduced by the makers of the upcoming movie.

Pooja Hegde, who is a Telugu actress, is all set to make her Bollywood debut opposite Hrithik Roshan. The makers of Mohenjo Daro introduced her character Chaani as the chosen one in the film. Pooja Hedge expressed her excitement about the film and revealed that she has been waiting to show her character for over 2 years now. She wrote, "Been waiting for 2 show u'll #Chaani for 2 years and nw i can't even wait 2 hours.wohoo.this one's gonna be epic! Hai nu @iHrithik? #MohenjoDaro."

Directed by Ashutosh Gowariker, Mohenjo Daro is a drama set in the era of the Indus Valley civilization and is set to hit the theatres on August 12 clashing with Akshay Kumar's Rustom.