Katrina Kaif will be sharing screen space for the first time with South star Vijay Sethupathi in Merry Christmas. The actress, who recently rang in her birthday with husband Vicky Kaushal and her friend gang in Maldives, has dived into work commitments yet again. While she already has a release in October with Phone Bhoot, she seems to be currently working on the second release that she has this year which is Merry Christmas. And now we have received glimpses of the film in these on the set images shared by Katrina. 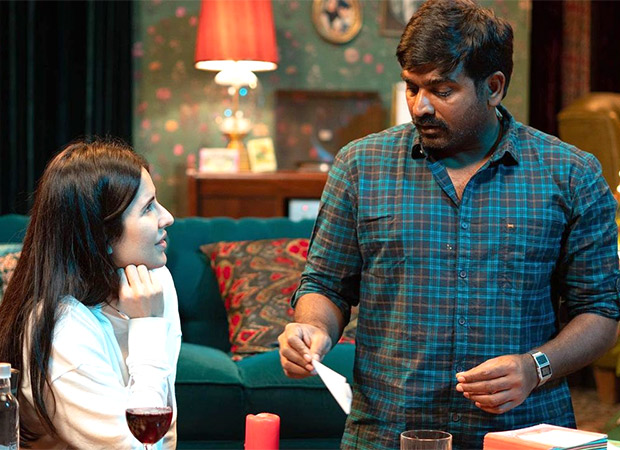 On The Sets: Katrina Kaif and Vijay Sethupathi shoot an intense scene for Merry Christmas; have a discussion with director Sriram Raghavan

Katrina Kaif took to Instagram to share a series of BTS photos from the sets of Merry Christmas. The actress posted a photo of her having an intense discussion with filmmaker Sriram Raghavan, followed by a couple of photos of her scene with actor Vijay Sethupathi. Interestingly all photos retained featured a certain Christmas vibe in it. Sharing it on social media, the actress said, “Work in progress ???? #rehearsals #merrychristmas #sriramraghavan @actorvijaysethupathi.” Here, have a look at the post:

While fans of the actress were more than happy to get a glimpse of the film, many of them even dropped heart emojis on the comments section showcasing how much they liked these photos. Let us tell you that this is not the first time when we got a sneak peek into the film. A few months ago, photos of Katrina Kaif with South actress Radhika Sarathkumar went viral where we could see the latter dressed in a police uniform.

Speaking about Merry Christmas, although not many details are available about the film, it is being said that this Sriram Raghavan directorial is 90-minute-long edge-of-the-seat thriller that will be shot extensively in Maharashtra, namely, in Mumbai and Pune. The film is slated to release on December 23, 2022.