This has been a record-breaking year for Hindi cinema. Till date, a record fifteen films have amassed a nett figure of Rs 100 crore in the theatres, and there are two more dead certs in December—Dabangg 3 and Good Newwz. There are possibilities (we are optimistic) in both Panipat and Pati Patni Aur Woh as well. 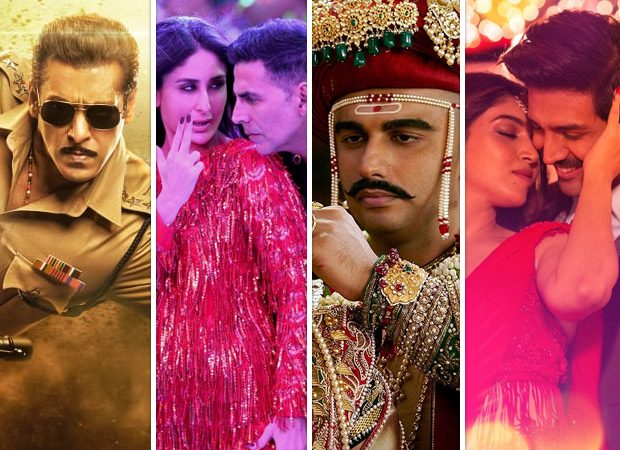 Of course, three of these 15 films have crossed Rs 150 crore (Chhichhore, Kesari, Total Dhamaal), three went ahead of Rs 200 crore (Mission Mangal, URI: The Surgical Strike, Bharat), one shot beyond Rs 250 crore (Kabir Singh) and one even touched higher than Rs 300 crore (War).

Quite naturally, it is interesting to see the prominent players in the 100 crore-plus market that have ruled in this year.

Following this high score are producer Sajid Nadiadwala, who strikes a three with Super 30, Chhichhore and Housefull 4, as also Akshay Kumar’s home banner of Cape of Good Films (Kesari, Mission Mangal and Good Newwz to come—pun intended!), and Zee Studios, which has struck a purple patch with Kesari, Dreamgirl and again Good Newwz.

At this point, let us stress that there are very few films where we can predict theatrical business of a minimum 100 crore from the setup and the material we get to see pre-release, and this year, Dabangg 3 and Good Newwz are among them.

Among the actors, Akshay Kumar improves upon his 2016 score of three 100 crore-club members (Airlift, Rustom, Housefull 3) with four films, a record for this club. Three of these films are also co-produced by him: Kesari, Mission Mangal, and Good Newwz. The fourth film is Housefull 4. Conclusion for the superstitious: Akshay Kumar will score high whenever he has one film in the Housefull franchise. After all, he also began his 100 crore innings with Rowdy Rathore and Housefull 2 in 2012! 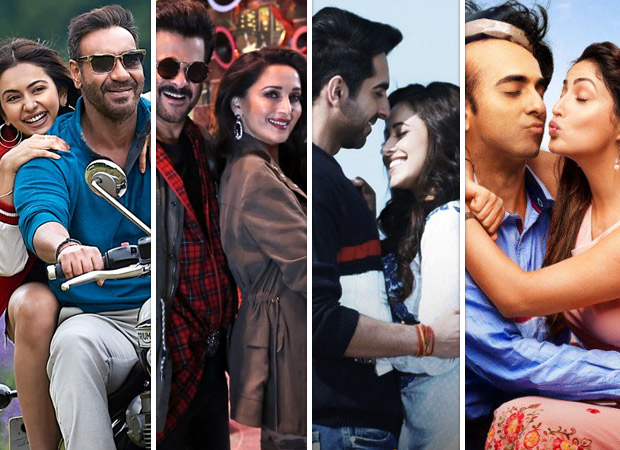 Among the women, Yami Gautam (URI: The Surgical Strike, Bala), Shraddha Kapoor (Saaho, Chhichhore), Kiara Advani (Kabir Singh, Good Newwz) and Kirti Kulhari (URI: The Surgical Strike, Mission Mangal) have also scored two films each. Tabu did a brilliant job in De De Pyaar De but had to do with a cameo in Bharat. And if Pati… makes it, Bhumi Pednekar will get her second film after Bala.

In two unusual cases, Sonakshi Sinha (Mission Mangal, Dabangg 3) had a third cameo in the song ‘Mungda’ in Total Dhamaal, while Jackie Shroff (Bharat, Saaho) had a unique voiceover as a funky GPS in Total Dhamaal!

Finally Ranveer Singh might have had just Gully Boy, but most of Simmba’s Rs. 240 crore run happened in this year as the film was released on December 28 last year.

What it all means

The existence of 17 films as a certainty and one or two more as possibilities indicates people are endorsing any kind of entertainment that strikes a chord as it is made well, never mind the high admission and peripheral prices in plexes. The two AK’s—Akshay Kumar and Ayushmann Khurrana— are ruling the roost with their mix of fresh content and commerce, and Hrithik Roshan is no spent force. Ajay Devgn has his own following too, and was seen this year only in humorous mode.

The prolific producers are getting the bonanzas—the best scripts that get their superior marketing resources and premiums screens and shows—and in turn are specializing in total variety and spreading their nets wide. Look at the variety in the output of each of these big names.

Finally, a reminder: a Rs. 100 crore grossing film can be actually anything from a disaster to a blockbuster, depending upon its production costs, but what cannot be denied is that the term means money only in pure theatrical footfalls. And it remains to be seen in the future whether these people remain the market leaders and whether the Rs. 100 crore club, already at 87 members, itself crosses the number 100 in 2020, and whether the momentum will speed up or flag.