Arjun Kapoor and Malaika Arora might not have made their relationship official, but their PDA on social media speaks volumes about the love they share. The two have been holidaying together and are treating their fans with pictures from their vacation. Though they have not posted a picture together, the two have become photographers for each other. 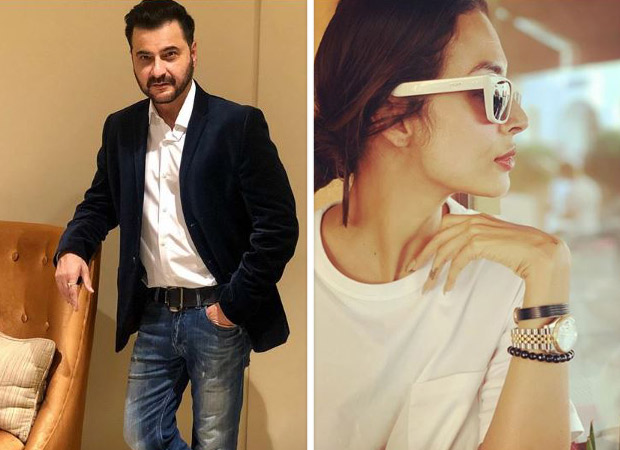 Friends and family of the two have also not refrained from commenting on their dreamy holiday pictures. Recently, Malaika posted a picture of herself with her hair tied in a messy bun and stylish shades, looking stunning as ever.

Actor Sanjay Kapoor, who is also Arjun Kapoor’s uncle pulled Malaika’s leg by commenting: “Your in house photographer is doing a good job”. Needless to say, he was hinting at Arjun Kapoor.

Earlier too, Malaika and Arjun shared solo pictures of them with the same background and Farah Khan had teased the couple with her comments.

Soon after Malaika’s post, Arjun Kapoor too shared a picture of him and captioned it as, “Tremendously Technicolour Tuesday”. However, what picked the interest of his followers and fans is a beautiful hand that photobombed the image. Since Arjun Kapoor is vacationing with Malaika there is no prize for guessing whose hand it is.

Also Read: Malaika Arora talks about trolls attacking her over her relationship with Arjun Kapoor