Just a day ago, the social media of Bollywood celebrities was filled with love messages from fans and close ones. Marking the occasion of Valentine’s Day, Bobby Deol was amongst the ones who decided to celebrate it with fans. He went on to do live chat on Instagram from the sets of Race 3. However, fans were in for a treat when Salman Khan video-bombed the same. However the superstar was left embarrassed and here’s why! 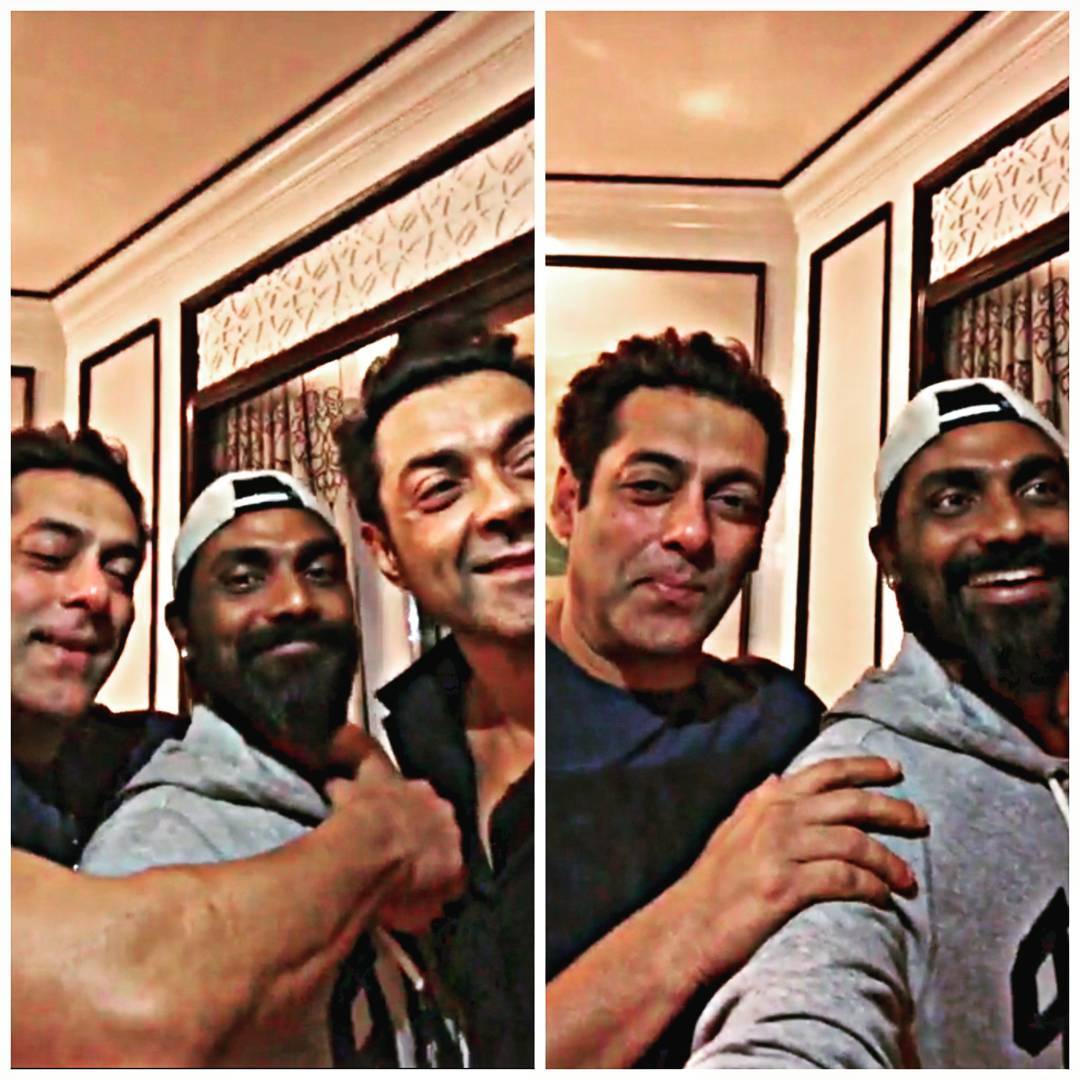 Bobby Deol started the video chat on Instagram by wishing everyone a happy Valentine’s Day. He was immediately joined by Remo who followed suit. However, Salman Khan, who initially didn’t pay much heed to the video, went on to wish Valentine’s Day to Tanya. Tanya aka Tanya Deol is Bobby Deol’s wife and Salman was under the impression that Bobby is having a chat with his wife.

As he continued to extend his wishes to Bobby’s wife, he remained oblivious to the ongoing chat. On the other hand, Bobby too decided to have his share of fun by going on to wish Tanya aka his Tanu for Valentine’s Day. It was only when Remo interrupted and revealed that it was live video chat, we could see Salman turn plum! The superstar was visibly embarrassed with the small prank!

On the other hand, Salman Khan soon recovered from it and decided to wish all Bobby and Remo fans for Valentine’s Day. The video later featured the entire cast and crew around who wished everyone on the occasion.

Talking about Race 3, audiences may be aware that this new installment has a completely different cast. Headed by Salman Khan, it features Jacqueline Fernandez as his leading lady. Besides them and Bobby, the film also features Daisy Shah, Saqib Saleem and Anil Kapoor. Produced by Ramesh Taurani, it is directed by Remo D’Souza. It is slated to release during Eid this year in the month of June.