Handsome, suave and extremely sexy – this is how host and mentor Karan Johar described his protégé on the last season of Koffee With Karan 5. We couldn’t agree more! Blessed with a genetic jackpot of a tall and athletic frame, classic cute looks, a coy smile that sets a million hearts aflutter, Sidharth Malhotra rarely steps out of his comfort zone of classic and casual style. But roping in the much-in-vogue military style game in tandem with ace fashion stylist, Nikita Jaisinghani for his upcoming action thriller film, Aiyaary, Sidharth Malhotra’s experimental style play is noteworthy. “Sidharth Malhotra’s off-screen promotional style is an extension of his on-screen avatar. We consciously added elements like jackets, cargo pants, jackets, washed out denim, combat boots and aviators to add a macho vibe to all his promotional looks,” says Nikita while speaking exclusively to Bollywood Hungama. While the obvious edginess of military-style cannot be ignored, we love how Sidharth and Nikita gave this tried-and-tested trend a crisp salute. Pulling off all looks with his candid candour and a rare subtlety, Sidharth Malhotra seamlessly incorporated this vibe as formal and casual wear.

Sidharth Malhotra essays the role of Major Jai Bakshi who is on the run and embarks on a dangerous mission to set the corrupt system right locking horns with his former mentor Colonel Abhay Singh essayed by Manoj Bajpayee. Pushing the fashion borders, this trend is gender neutral with the potential to stand out when paired appropriately. Last year, we witnessed a slew of celebs incorporating this trend in their multiple appearances at the airport and for promotional style files. But doing it like nobody else would and showing us how the uniform makes all things desirable, here’s how Sidharth Malhotra embraced the military trend. 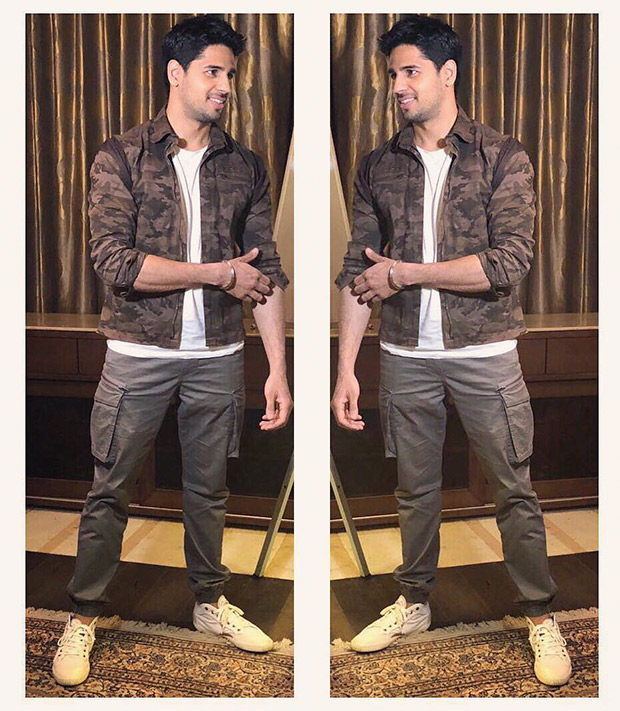 Giving off those camo vibes with cargos, military green tee with Christian Louboutin high-tops, Sidharth adds a snazzy dash of white with a blazer. 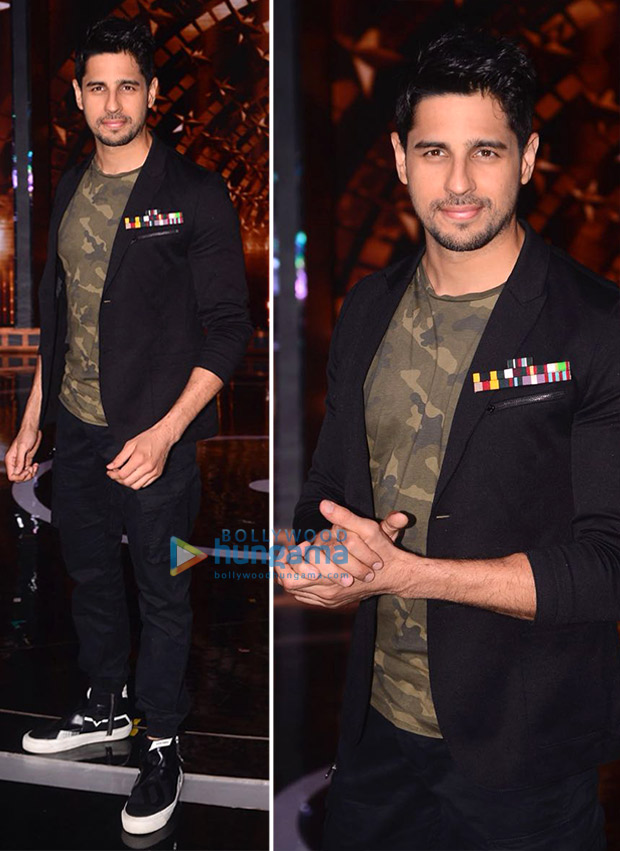 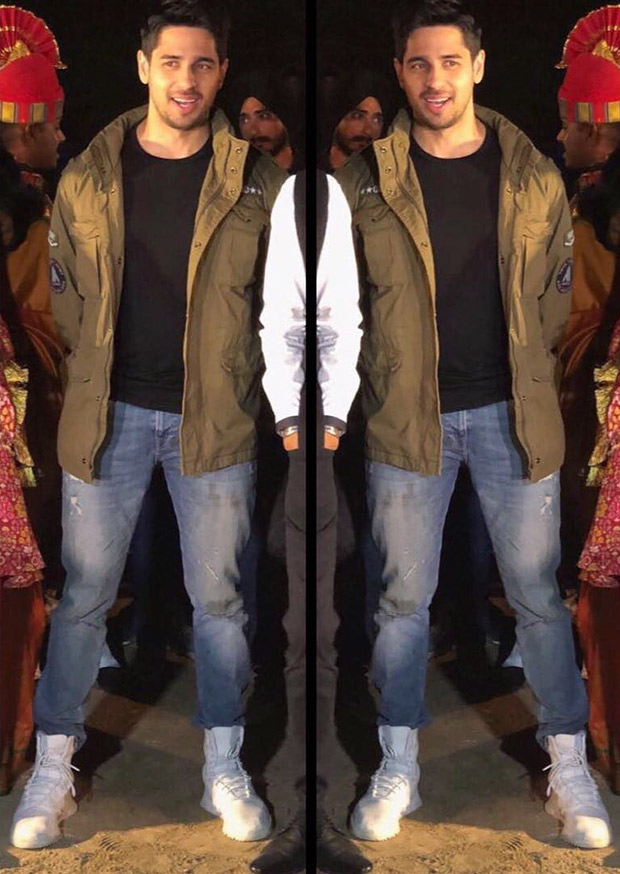 Sidharth gave his back to basics look of a black tee, faded denim a military twist with an oversized patchwork jacket and white high-tops. 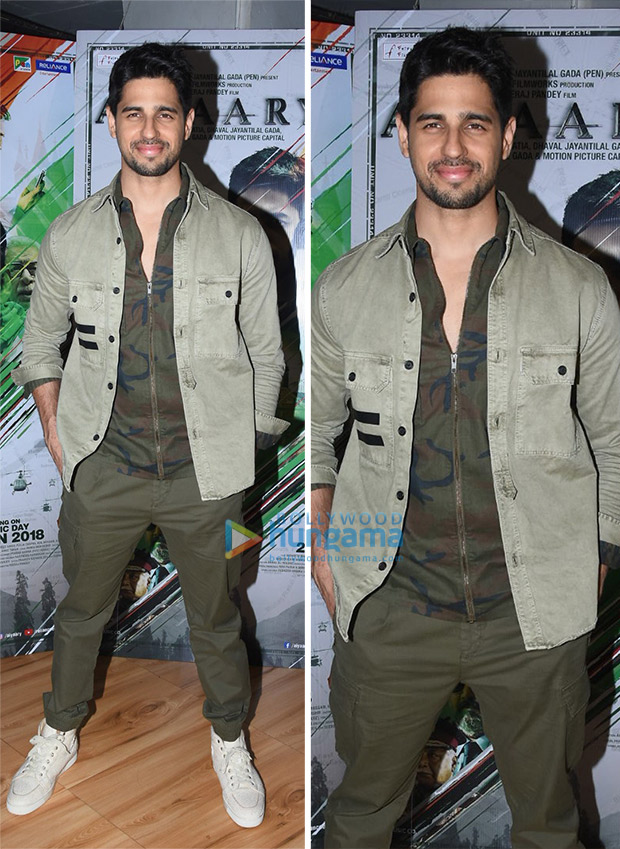 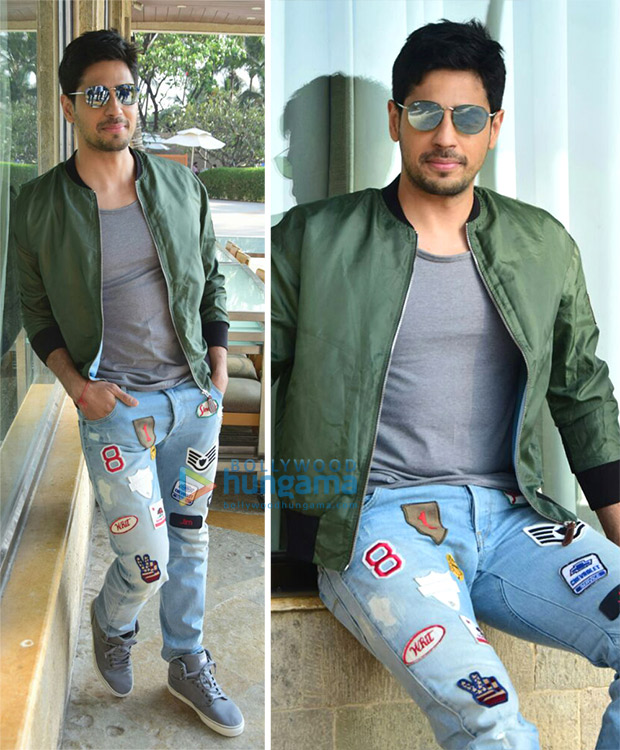 Going quirky with a grey tee teamed with patchwork denim and a bomber jacket from Dhruv Kapoor, Sidharth rounded out his look with reflector aviators and grey Vans sneakers.

Roping in the monochrome vibe with a black tee teamed with G-Star Raw cargos and jacket from Aura Hub, Sidharth added a sharp dimension to his look with clear shades from Ray-Ban and black combat boots. (Also Read: Behind The Scenes: Sidharth Malhotra looks dapper in cerulean blue suit in Dabboo Ratnani’s 2018 calendar shoot) 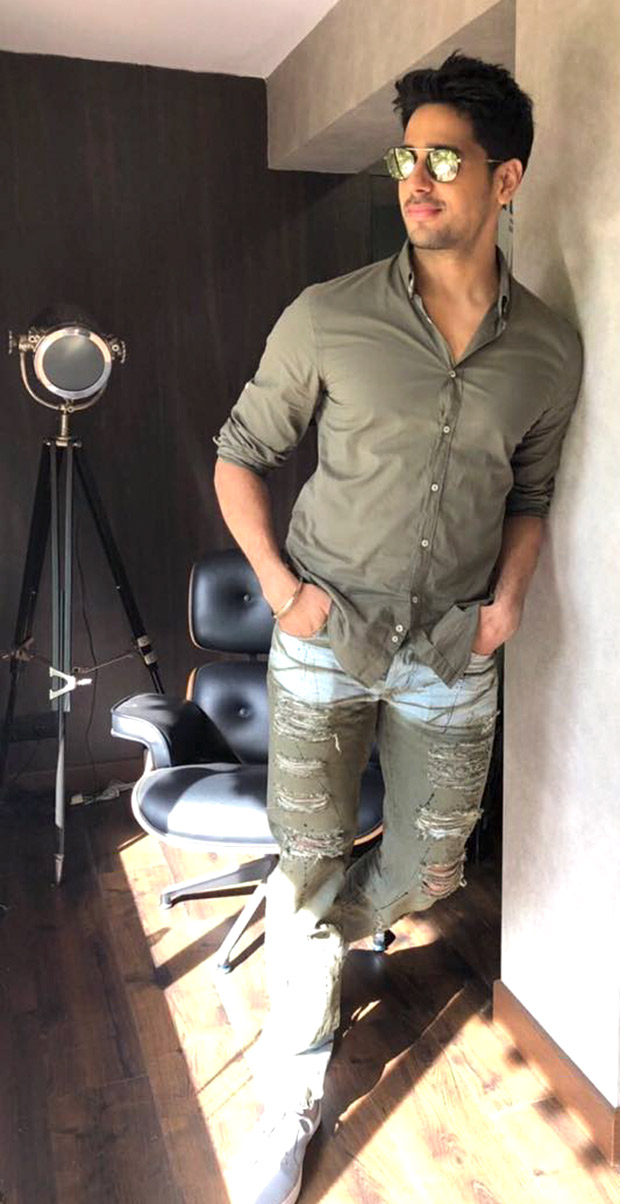 Donning severely distressed and faded denim from Aura Hub, faded shirt and shoes from Aldo, Sidharth topped off the casual look with reflector shades from Armani.

With the military trend making a cool transition from the celebrity wardrobes to the streets, Nikita advises inclusion of high-tops, washed out and non-ironed clothes, rolled up denim or cargos and darker hues to ace this vibe, just like Sidharth Malhotra has! (Also Read: Weekly Airport Style: Deepika Padukone, Alia Bhatt, Sidharth Malhotra, Sonam Kapoor, Kriti Sanon get their monochrome game on fleek!)