Salman Khan’s Dabangg 3 had been creating a lot of stir in the industry even before its official announcement. The Dabangg franchise has been one of the most like cop movies of all time and one of the major reasons is that it has Salman Khan in it. He hook step and the title track is still one of the most grooved to songs. The team had recently started shooting for the film in Indore and Maheshwar and now, Salman has taken to his Instagram to announce that they have wrapped up the Maheshwar schedule for the film. 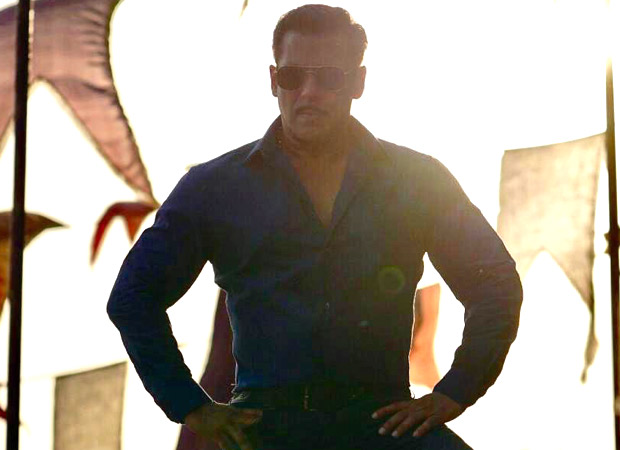 During the shoots the team faced a few legal obstacles and was accused of damaging an antique at the historic fort they had been shooting in. However, now they have been given a notice from the Archaeological Survey of India to take down two antique sets from the sets. Coming back to Salman Khan, he is seen dressed in blue and grey formal attire with his patent shades. Take a look.

Just when we thought he couldn’t look more Dabangg, he goes ahead and posts this picture that has given us a new set of reasons to fall in love with him all over again. Dabangg 3 is being directed by Prabhu Dheva and we can’t wait to see Salman and Prabhu back in action after almost a decade. Starring Sonakshi Sinha as Mrs. Chulbul Pandey, the movie is being produced by Arbaaz Khan who will also be seen playing a pivotal role in the film, just like the previous two.

Also Read: Dabangg 3 – Salman Khan and makers receive notice from Archaeological Survey of India to remove two antique pieces from the sets of the film!