Busy with the promotions of Kalank, Alia Bhatt has been attending various event and reality show as a part of the same. Recently she was a part of The Kapil Sharma Show along with co-stars Varun Dhawan, Sonakshi Sinha and Aditya Roy Kapur. While there were jokes galore during the show, it soon fueled up speculations about a joke made by show member Kiku Sharda offended Alia. While the actress hasn’t spoken about the same, Kiku Sharda has taken to reports to speak on the same and has clarified about these rumours. 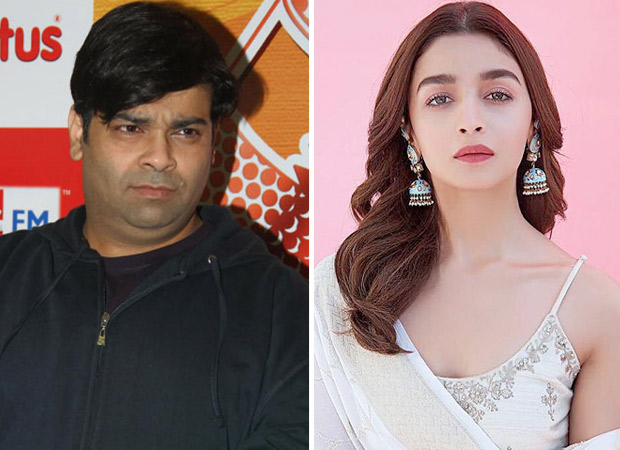 In recent reports, Kiku Sharda stated that Alia Bhatt had a gala time at The Kapil Sharma Show and took all jokes with a pinch of salt. He also maintained that he has no idea how and why the rumour started. He asserted that if one has to watch the show they will know about how much the actress and the entire cast including Varun Dhawan, Sonakshi Sinha and Aditya Roy Kapur enjoyed the show.

According to certain reports, Kiku Sharda had made a joke on Alia Bhatt’s father’s films which didn’t go down well with the actress. As per reports, he asked her if Mahesh Bhatt owns a construction business because he names his films Footpath and Sadak. Some reports claimed that Alia Bhatt was offended by them but it seems that Kiku’s recent statement in media has put down all these speculations to rest. Kapil too decided to crack up everyone by telling Alia that his scooter is a fan of her. He told her that as soon as he starts his scooter, it starts making noise saying, ‘Bhatt, Bhatt, Bhatt..’

A post shared by Sony Entertainment Television (@sonytvofficial) on Apr 11, 2019 at 1:53pm PDT

Interestingly, in some videos that have been doing the rounds on social media, we get a glimpse of what happened when the Kalank cast visited The Kapil Sharma Show. While we do agree that the cast really seem to be having some fun moments, we also get a glimpse of Safeena as Kapil Sharma ensures that Alia gives her fans, a glimpse of her character from Gully Boy and also enact the popular scene from the Ranveer Singh starrer.

Also Read: Madhuri Dixit says she has learnt a lot from her Kalank co-stars Alia Bhatt and Varun Dhawan