Not too long ago, we got a glimpse of the much awaited Prabhas starrer Saaho. While his fans are awaiting this film eagerly because it is his next release after Bahubali, the film has been in the making in a couple of years. Considering that it is made on an extensive scale and budget, director Sujeeth has been ensuring that the film boasts of some interesting sequences in terms of action. A sneak peek of it during the trailer has generated ample curiousity already and now it seems that crew for Saaho has taken off to Austria along with their leading man Prabhas and leading lady Shraddha Kapoor. 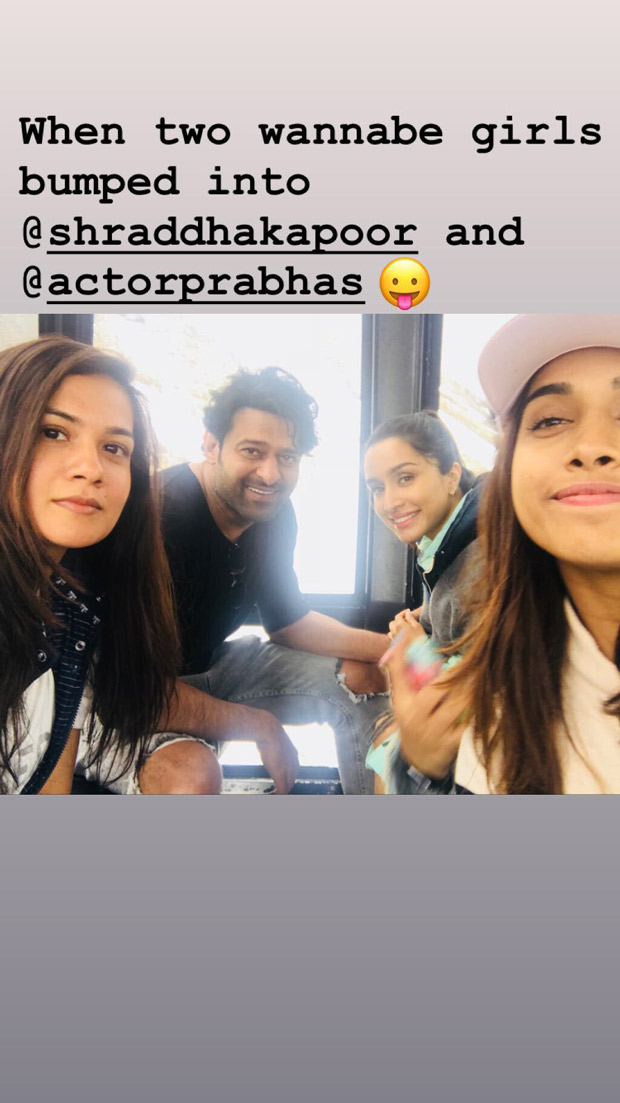 In a recent post shared by some of the crew members on Instagram, we saw Prabhas and Shraddha Kapoor look all excited as they were travelling to the location in a cable car. Although we don’t have the details of the shoot schedule, it seems that the team is gearing to make the most of the beautiful locales of Austria. Here is a picture of the entire team who accompanied the Bahubali actor and Shraddha in the cable car.

Can you guess we are scared in this picture?! Yes this was in the middle of a turbulence in the cable car while it rained & stopped on our way down from the mountains!! The crazy bunch of us making some amazing memories while we shoot in breathtaking locations ❤️ @shraddhakapoor @actorprabhas @menonnikita @rohan_jagtap_ @leepakshiellawadi @shraddha.naik #saaho #songshoot #austria #teampicture #geegirls with #Bahubali

Saaho also stars Neil Nitin Mukesh, Jackie Shroff, Mahesh Manjrekar, Mandira Bedi amongst others. Recently, Neil had taken to Instagram to announce that he has wrapped up the schedule with an emotional note and had also shared photos with Prabhas and Shraddha Kapoor. The Sujeeth directorial is expected to hit the theaters on August 15, during the occasion of Independence Day this year.