The multitalented personality Tiger Shroff is not a new face in the dancing and acting arena; on top of it he also ventured into singing with ‘Unbelievable’ and ‘Casanova’. The actor is all set to lighten up our patriotic vibes by crooning his first Hindi song, 'Vande Mataram'. Tiger Shroff asked his favourite associate Remo D’Souza to step in and film the song. Choreographer turned filmmaker Remo D’Souza is all praises for actor and dancer Tiger Shroff. He expressed his whole experience while shooting for Vande Mataram with 50 background dancers along with Covid-19 restrictions to follow. He admitted that shooting the whole song with ongoing protocols was quite a task. 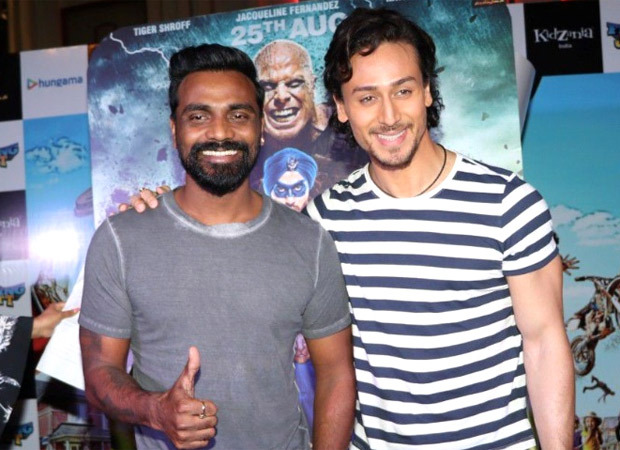 Remo D’Souza is impressed by Tiger Shroff’s screen presence, says he does things effortlessly and makes it look uncomplicated

The song was first rehearsed extensively and later completed within two days in Worli and remaining in a Bandra studio. The director was quick to add that the whole cast and crew strictly followed the do's and dont's of the rules set by the government. The filming of the song became demanding as the streets were slender with pandemic limitations on top of it. He is, however, happy that everything went well without any barriers.

Actor and producer Jackky Bhagnani had a long-lasting dream of collaborating on a patriotic song. He worked with Remo D’Souza and planned to showcase Vande Mataram in a vibrant way. The duo promises to evoke strong patriotic vibes in the hearts of the audiences through their single Vande Mataram. It is written by Vishal Mishra, drafted by Kaushal Kishore, and choreographed by Ankan Sen, Jueli Vaidya, and Rahul Shetty. Vande Mataram is a song that celebrates independent India and is all set to release on 10th August 2021.