Bollywood lost two cinema icons last week - Irrfan Khan and Rishi Kapoor. Both were suffering from cancer and lost their lives after two years of battle. Rishi Kapoor passed away on April 30, 2020. His last rites were performed on the same day followed by prayer meet on Sunday. 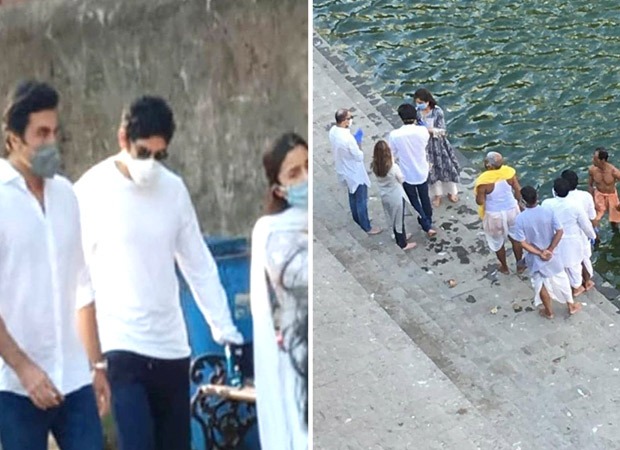 On May 3, Ranbir Kapoor, Riddhima and Neetu Kapoor along with Alia Bhatt and Ayan Mukerji were seen at Banganga to immerse Rishi Kapoor's ashes and perform puja. They were following the protocol of mandatory face masks and gloves as they bid farewell to their beloved.

Randhir Kapoor told a daily that Rasam pagri puja was held on Saturday followed by immersing his ashes in Banganga, Mumbai on Sunday. They had a quiet prayer service with family due to pandemic.

Riddhima Kapoor Sahni reached Mumbai via road from Delhi after seeking necessary permissions as she couldn't attend the funeral of her father.

Rishi Kapoor was battling leukemia for past two years. His last release was The Body alongside Emraan Hashmi.

ALSO READ: Ranbir Kapoor and Neetu Kapoor come together with their family for the prayer meet of Rishi Kapoor