Indian cinema lost an icon in veteran actor Rishi Kapoor. After a two-year-long battle with leukemia, he breathed his last on April 30, 2020. His last rites were performed on the same day in the presence of few family members and close friends keeping the lockdown protocols in mind. 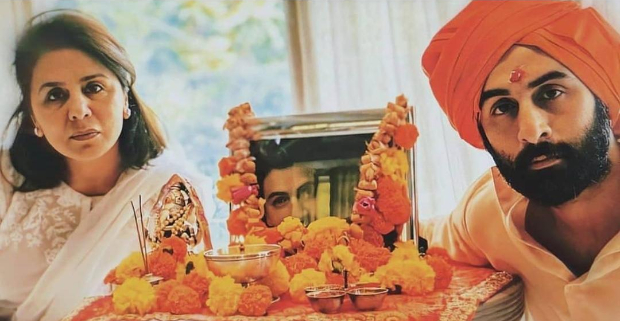 Today, the Kapoor family got together for the prayer meet of Rishi Kapoor. A picture has surfaced online of the Neetu Kapoor and Ranbir Kapoor with the photo of the Rishi as they performed the rituals to bid farewell to their beloved.

Riddhima Kapoor Sahni, who couldn’t attend the funeral rites as she lives in Delhi, reached Mumbai on May 2nd night via road. She had to seek permission from the officials to travel during this time.

ALSO READ: Riddhima Kapoor Sahni reaches Mumbai from Delhi after Rishi Kapoor's death to be with Neetu and Ranbir Kapoor