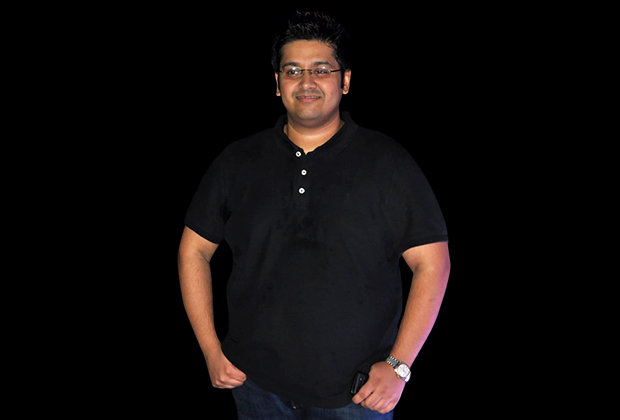 Dialogues, stage and setting - This is what fetches your attention instantly once you get a sneak peak of Milap Zaveri's Raakh. As are the indications basis this brief look of the film, this could well turn out to be the game changer for the filmmaker who, till not many moons ago, was dabbling with the escapades of Lili and Lele. With Raakh, the seasoned dialogue writer is pretty much announcing to the world that give him a platform and he can explore a world which is remarkably different from the likes of Mastizaade and Kya Kool... series.

What sets aside this film is the fact that the production values appear to be akin to the kind that one usually finds in a full length feature film. Here, Milap has made a short film with such combination of sets, sound design, camera work, editing and very importantly, the background score (Raju Singh), that it just doesn't come across as an affair that has been made for the small screen. In fact, one wonders whether this could well turn out to be the defining moment for the short film creation in India as after Shirish Kunder (Kriti), Milap certainly seems to have raised the bar further up with Raakh.

What is also all the more apparent is the fact that the dialogue writer in him seems to be leading the show again in Raakh. The entire analogy of 'maachis ki teeli' with that of a 'fallen man' is so intriguing that one expects a clap-trap moment waiting to be explored when the film releases in November. While each and every word that you hear fetches your attention to wonder what really is the plotline of Raakh, what is definitely on the cards are some terrific performances on display. That is evident from the manner in which Vir Das leaves behind his family man image and comes across as a common man who is out for vengeance. On the other hand Shaad Randhawa may have been on and off the screen but this could well be the career defining experience for him. His crucifixion in a dungeon like setting makes you watch the proceedings unfold with popping eyes.

No wonder, top online channel T-Series has come on board to lend a platform for Raakh. Considering the fact that this is the first time ever when they are doing something like this for a short film, there is bound to be a good reason for this decision. The promo so far has pretty much done the job and with the kind of marketing effort  that is going behind making Raakh ultra hot before its release, it won't be surprising if Milap manages to get the 'biggest opening' ever for a film of his once the film hits the tube!

Milap Zaveri shares pictures with a…

EXCLUSIVE: Tara Sutaria on the backlash that…