Last Updated 02.06.2020 | 10:38 PM IST
feedback language
follow us on
Home » News » Bollywood Features News » Bollywood News Pulwama Attacks – Vidya Balan SPEAKS UP on the ban on Pakistani artists and says this time it is too much!

Tumhari Sulu actress Vidya Balan turns radio jockey for real with ‘Dhun Badal Ke Dekho’ and the actress recently attended the launch of the show in association with Big FM in Mumbai. During a media interaction, the actress was questioned about Pulwama attacks and the ban on Pakistani artists. The actress insisted that she wouldn’t have supported it otherwise but considering the situation now, she agrees with the prevailing situation. 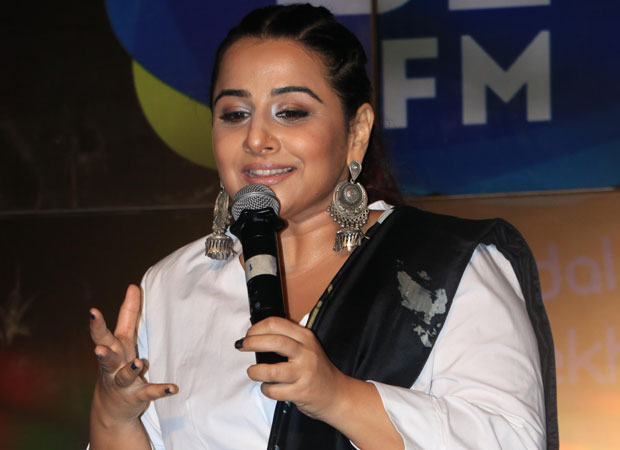 Vidya Balan spoke about the varied range of topics from body shaming to bullying. The actress came out and spoke in reports about how she has often faced body shaming before and after entering Bollywood. During the same interaction, she was asked about her opinion Pulwama attacks and the strict ban on Pakistani artists that followed. While something similar had happened during the unexpected Uri attacks in 2016, the ban on the artists were considered to be a little more lenient. However, this time, many top Bollywood celebs have extended their support towards the ban and Vidya Balan too has supported the same.

Commenting on the ban, Vidya Balan said, “I think now we have to take a stand. I have always felt that art should have no boundaries. But this time I feel, ‘bahut ho gaya’ [it’s too much].”

There was much uproar in the nation after a suicide bomber ended up ramming his vehicle into a security convoy carrying over 40 CRPF personnel. While many celebs mourned the loss and expressed their grief on social media, some others also expressed their anger on the same platform. Many celebrities have also come forward to support the ban on Pakistani artists and the FWICE has taken strict action to ensure that these artists from the neighbouring country will not be associated with the Indian entertainment industry any more.