Priyanka Chopra sure knows how to be in news. She has almost wrapped up the third season of her hit American television show Quantico in Ireland and took to social media to share pictures of the last supper she had with her cast. Recently, she also shared a picture of her mom in Ireland. Both the Chopra ladies laid their hair down and enjoyed a break. Both Priyanka and her mom Madhu have been working round the clock since more than a year now. While PeeCee was busy with her American television, brand endorsements and other professional commitments, her mom managed her production house back home. Now that’s a powerful mother daughter duo we all look upto, right?

Yesterday, PC shared a picture with her cast mates as they had dinner. Priyanka was present with Jake McLaughlin, Russell Tovey, Steve Brockman, Marlee Matin, Blair Underwood, Johanna Braddy and Alan Powell and her mom.

We are hoping that Priyanka completes her Hollywood work soon and gets back to the movie business in Bollywood. It has been a while since we saw her on screen and we can’t contain our excitement any longer. There rumours flying thick and fast that PC has already signed a movie opposite Salman Khan which is currently Bharat. We have no confirmation on the same. But we hope that we see her in a movie soon. 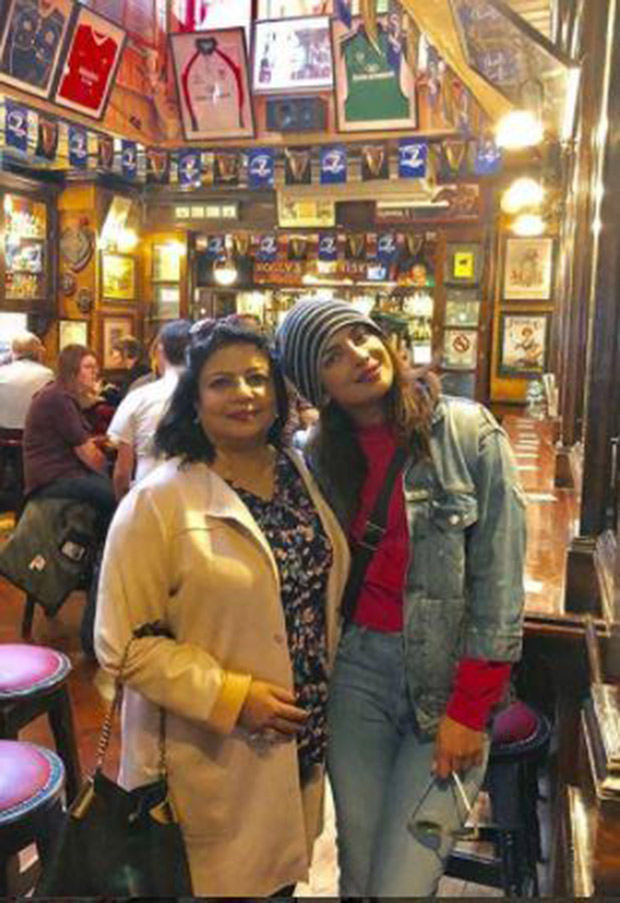 Personally, she is single (after a long time as confessed by her recently) and all set to mingle. She gave interviews to many magazines claiming that she is waiting for a man who would explode her mind, with awesomeness of course.