Every year, the coveted magazine Variety unveils the world’s 500 most influential business leaders who are shaping the global $2 trillion entertainment industry. The list is updated annually and features the accomplishments of the business leaders in the past 12 months. This year, the list includes 12 Indian faces from the entertainment industry including Salman Khan, Priyanka Chopra, Karan Johar, Aditya Chopra, Ekta Kapoor amongst others. 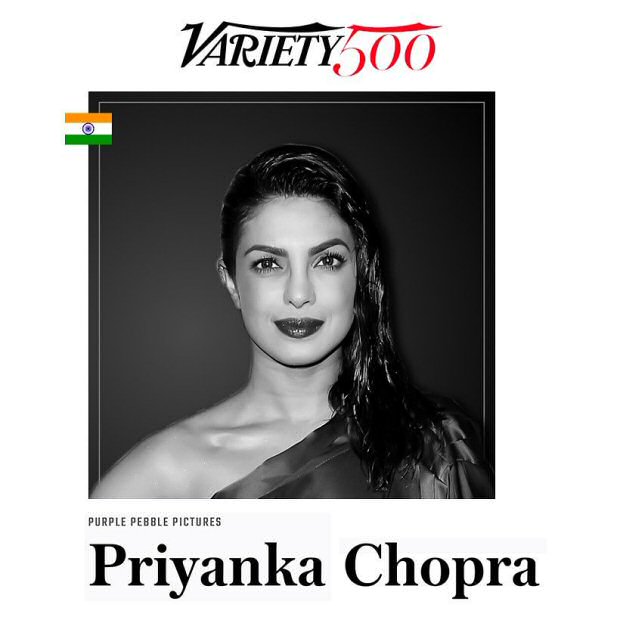 Priyanka Chopra has been featured on the coveted lost for the second time in the row. What makes it more special for her is that this time the actress' production house Purple Pebble Pictures has been recognized. The actress thanked Variety for the honour and wrote, "Big thanks to @variety for including me in your #Variety500 for the second year in a row! What makes this one extra special is the little name right above mine... @purplepebblepictures. Stories are at the heart of everything we do, regardless of genre or language, and it's a wonderful feeling to know we're on the right path. This would not be possible without my team, and most importantly, my incredible partner and co-founder, @madhumalati. Feels like miles to go, but truly grateful for every step we take."

Priyanka Chopra’s profile is detailed from her winning the Miss World pageant in 2002 to becoming a successful Bollywood actor. They mention her production house Purple Pebble Pictures and venturing into production, her moving to Hollywood with her TV show Quantico and starring in movies as well. Later, they talk about her philanthropic work and becoming UNICEF’s Global Goodwill Ambassador.

On the work front, Priyanka Chopra will be next seen in Hollywood rom-com Isn't It Romantic with Adam Devine, Liam Hemsworth and Rebel Wilson. The film is set to release next year on Valentine's Day. The actress has begun prep for Shonali Bose's next film with Farhan Akhtar and Zaira which is tentatively titled The Sky Is Pink.