Last Updated 28.11.2021 | 9:17 PM IST
feedback language
follow us on
Bollywood Hungama » News » Bollywood Features News » Happy Birthday Dhanush: 7 Films of the actor which left us in awe of his unconventionality

He became a rage with ‘Kolaveri Di’! Well, let us say that’s when Dhanush was recognized even in Bollywood. However, he had by then earned a name in the South industry. But have you ever wondered how this unconventional looking hero ever earned his fame across varied languages? Well, we think some of his film choices played an extremely important role in shaping up his career. 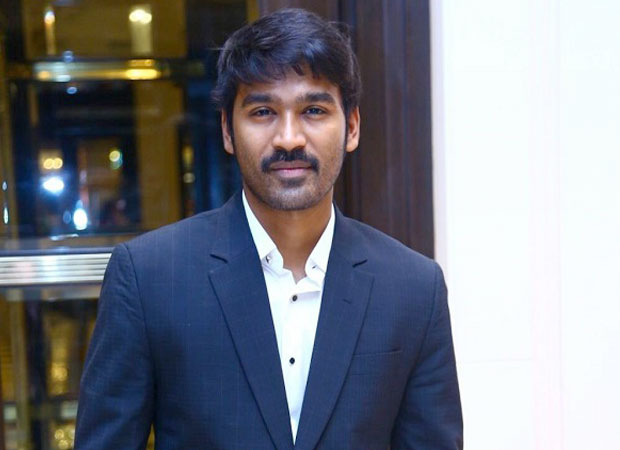 Not to forget the fact that he has experimented with roles that may be of a lead but had grey shades to it. In fact, we found a compilation of many of his varied roles which prove that this son-in-law of megastar Rajinikanth is not afraid of doing something different: 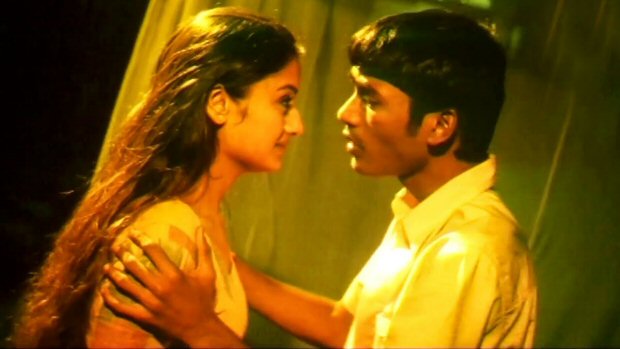 In one of the early stages of his career, he experimented with his roles by taking up the character of Vinod. Playing the role of a physically and mentally abused guy, the loner who falls in love with his only college friend Divya, the film explores Dhanush’s journey as the jilted lover. His tendency to grow into a psychopath goes worse when he is rejected by his ladylove who is in love with another man. From his emotional scenes to showcasing the psychopathic tendencies, the transformation of Vinod is one of the key points in the film. The film, we say, changed the career graph for Dhanush who has seen many highs after that! 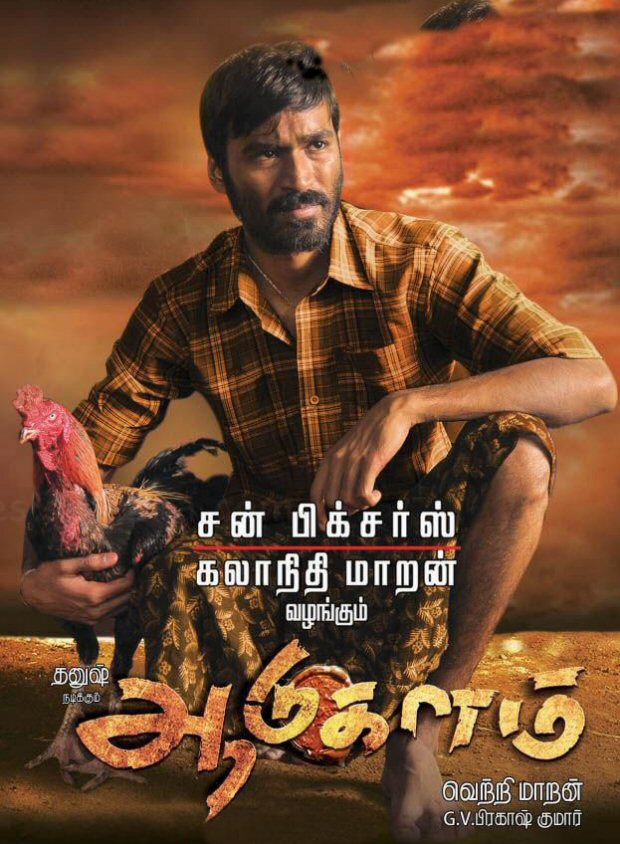 Based on one of Tamil Nadu’s famous tradition of cockfights or rather rooster fights, Aadhukalam also has a romantic backdrop. Dhanush is paired with, now a Bollywood star, Taapsee Pannu in this interesting drama. Aadhukalam features Dhanush in the interesting character of Karuppu who breeds and trains roosters for competition. Besides the fact that there are some underlining sub-plots in the film, it is Dhanush’s role as Karuppu that went on win the prestigious National Award that year. And it was yet again not a conventional hero by a long shot! 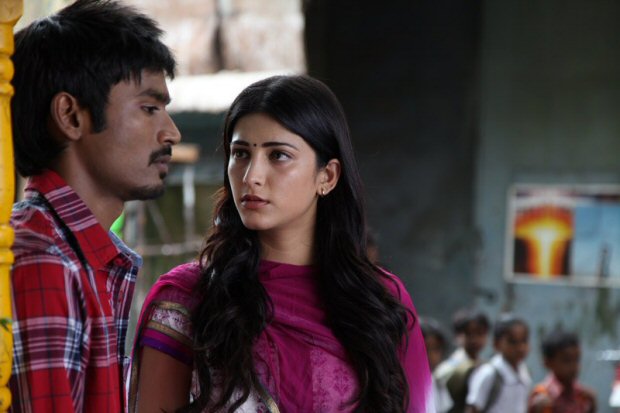 Well, this film ideally can be described in one word – ‘Kolaveri Di’! The song that became a rage ideally belonged to this film. Featuring Shruti Haasan as Dhanush’s wife, the film delved into the topic of bipolar disorder. The psychological romance drama involved exploring a subject that has rarely been brought to notice in Bollywood itself. At the same time, the film also includes some beautiful moments shared between Shruti and Dhanush. This film had one of the most commendable performances given by the actor and his act as a bipolar patient was definitely not top notch! After all he bagged the Filmfare Award for Best Actor for this film! 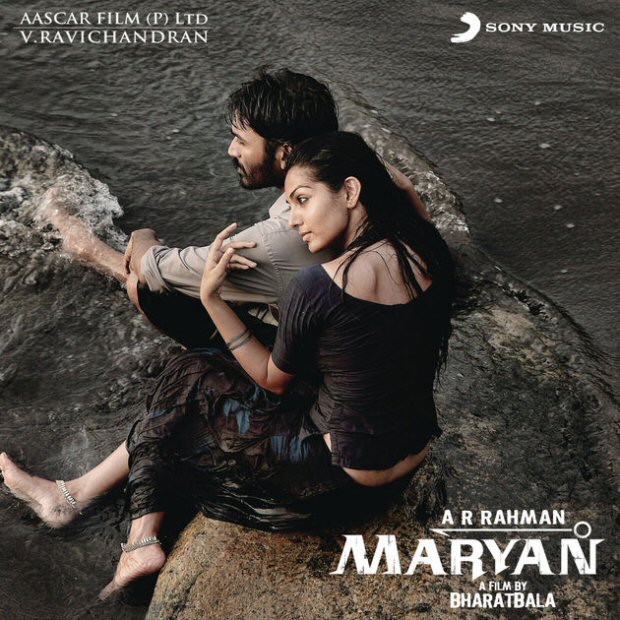 This is considered to be one of Dhanush’s best films. He plays the titular role of Maryan, hailing from a fisherman family. While he is in love with the sea and his home that is situated there, his love of Panimalar forces him to take up a job in Sudan. His fight, his desperation, his journey that starts from the time he is kidnapped by Sudanese terrorists, is something that will remain in your minds forever. In fact, Maryan even made Dhanush bag the Best Actor Award [Critics Choice] in Filmfare South. 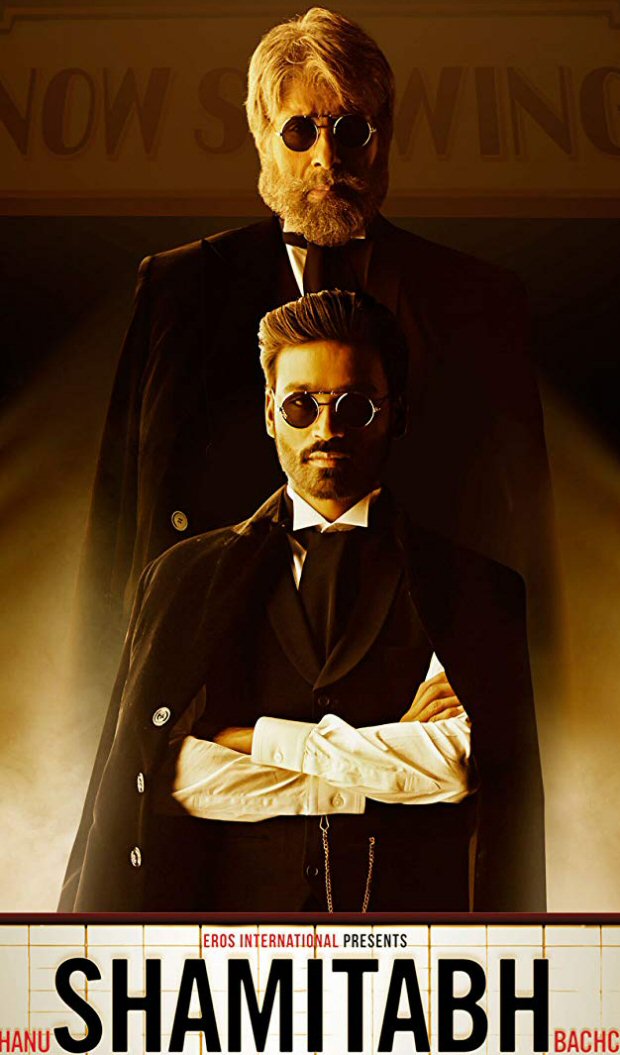 This film may not have done really great in Bollywood but it was anything but conventional. Dhanush, who was just one film old in B-town, got to share screen space with the great Amitabh Bachchan and also feature in the debut of Kamal Haasan’s second daughter Akshara Haasan. If that wasn’t all, the film featured him in a mute role with Amitabh as his voice! Even though it failed to receive the kind of acclaim despite its unique plotline, the performances stood out. And of course, Dhanush didn’t disappoint us at all! 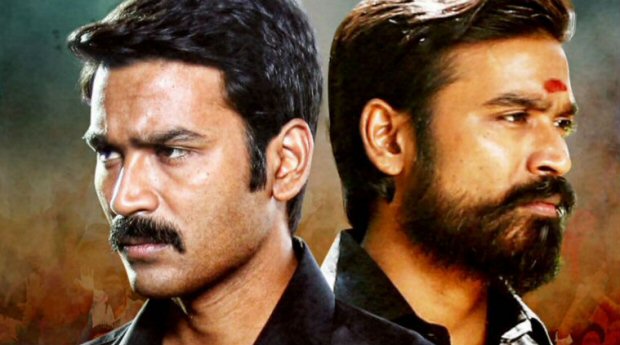 The first and probably the only film that features Dhanush in a double role! Well, there is no denial that Kodi has a very intriguing script and a rather unlikely antagonist [Trisha Krishnan] that caught many by a surprise. But the fact that Dhanush could pull off two such contradictory roles as Kodi and Anbu in this film set against a political backdrop is what makes Kodi as one of the most powerful films of the actor. 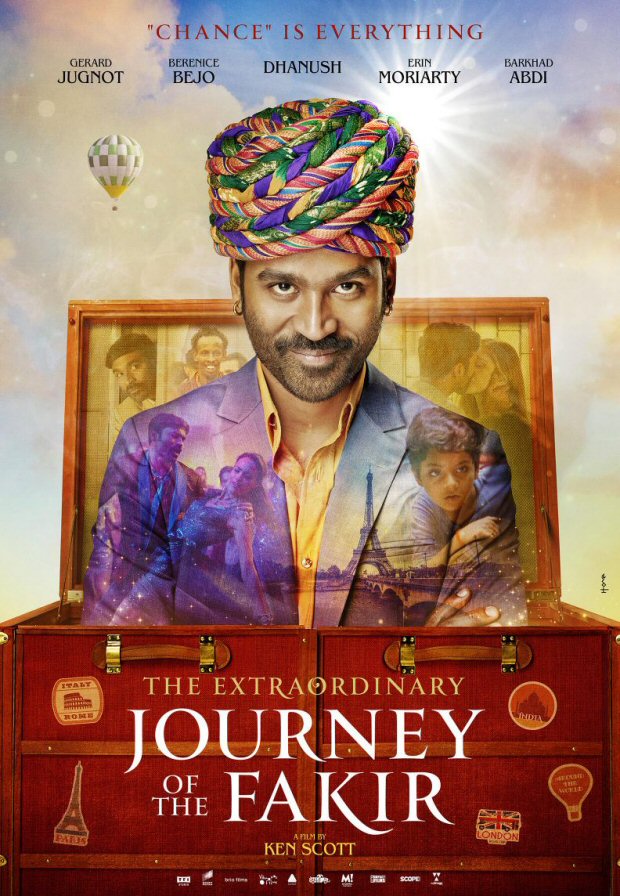 This film earned fame internationally. Let us tell you that Dhanush experimented internationally with this film, The Extraordinary Journey Of a Fakir. With comic elements, the film is actually an English-French Language film based on the novel The Extraordinary Journey of the Fakir Who Got Trapped in an Ikea Wardrobe written by Romain Puertolas. The film found its mention in the prestigious Cannes Film Festival this year that happened at the French Riviera, where Dhanush also received a great response. Playing the role of a magician, the film sees him taking an extraordinary travel across continents and countries and the other stories that he comes across as a part of his own journey! Well, this is by far one of the most different roles played by the actor.