Not too long ago, Salman Khan made many statements about Priyanka Chopra quitting Bharat which eventually featured Katrina Kaif in the lead role. The actor had mentioned that Bharat is the kind of film for which actresses can leave their husbands, taking a dig at Priyanka who had walked out of it stating that she won’t be able to shoot it because of her wedding with Nick Jonas. Later, Katrina replaced Priyanka in Bharat, while PC went on to sign The Sky Is Pink starring Farhan Akhtar and Zaira Wasim. And now during the wrap up bash of this film, PC was seen taking a dig at Salman Khan and the film Bharat. 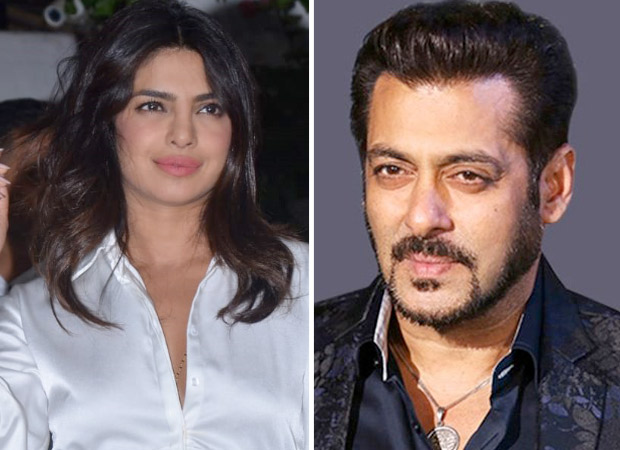 Did Priyanka Chopra take a dig at Salman Khan over Bharat controversy?

Readers would be aware that Priyanka Chopra flew down to Mumbai to not just spend quality time with her family but also finish her commitment towards the Shonali Bose film The Sky Is Pink. After completing its shoot schedule in Mumbai as well as other locations like Andaman, the actress recently attended the wrap up bash of the film. During the same, Priyanka was seen reasoning as to why she decided to choose The Sky Is Pink over other films. To the same the actress replied, “Amid various options at that point, everyone questions me about why this movie? Why not this tent-pole, potboiler with song and dance”.  Followed by this, Sidharth Roy Kapur, producer of The Sky Is Pink questioned PC as to which movie she is talking about and this left everyone around in splits! Have a look at the video:

A post shared by OFFICIALPRIYANKA&NICKUPDATES (@nickyankafanpage) on Jun 11, 2019 at 12:20pm PDT

Priyanka Chopra, Farhan Akhtar and Zaira Wasim starrer The Sky Is Pink is inspired by the real life story of late motivational speaker Aisha Chaudhary’s parents. It is slated to release on October 11.