From fanboy moment to showcasing his rapping talent, Siddhant Chaturvedi was enthralled to meet Chris Hemsworth. While the MC Sher of Gully Boy made no qualms in showcasing how thrilled he was to meet the Men In Black: International star, he also seems to have had loads of fun while interviewing him and we got a glimpse of the same recently. 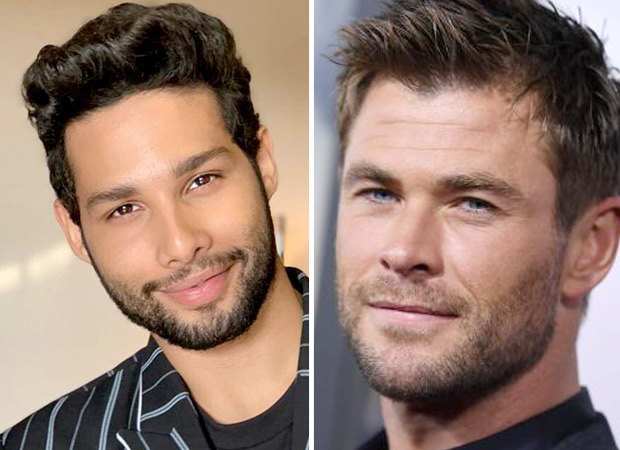 It seems that MC Sher aka Siddhant Chaturvedi was more than happy to showcase his rapping talent in front of Chris Hemsworth and he even prepared a special rap for the Hollywood star’s character Agent H.  Besides that, the Gully Boy actor had prepared something special for Chris wherein he asked the actor to translate some Bollywood dialogues. Amidst that, this video of our Thor actor Chris trying to say the lines ‘Bohut Hard’ started doing the rounds. It was a part of the said interview itself, where Siddhant is seen teaching the correct enunciation of Bohut Hard and Chris seems to be aping it quite perfectly! The said video is going viral all over social media as fans of Siddhant are thrilled to share it on these platforms:

By now readers would be aware that Siddhant Chaturvedi and Sanya Malhotra will be dubbing the Hindi lines for characters played by Chris Hemsworth and Tessa Thompson respectively in Men In Black: International. The film is expected to hit the big screens this week, on June 14.