Last Updated 16.07.2020 | 9:30 AM IST
feedback language
follow us on
Home » News » Bollywood Features News » Bollywood News Priyanka Chopra chills with her sisters-in-law and Jonas brothers and it is all about BONDING! [See photos]

Well, we have seen time and again that the Jonas brothers – Nick Jonas, Kevin Jonas and Joe Jonas and their respective partners have some immense bonding. From going on double dates together to trips to even working together, the Jonas’ have showcased their strong relationship with each other. And this includes the new entrant in their family, Priyanka Chopra. The actress shares a great camaraderie not only with her brothers-in-law but also their partners Danielle Jonas and Sophie Turner and here’s the proof! 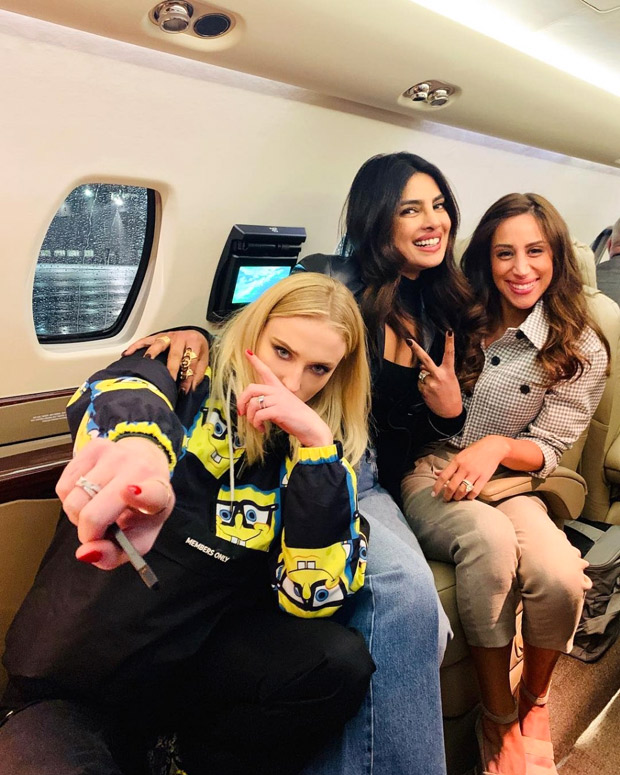 While we got a glimpse of the Jonas family bond during the Priyanka Chopra – Nick Jonas wedding, we received another sneak peek of the same in the recently posted photo. Priyanka Chopra shared a picture of her along with her sisters-in-law Danielle Jonas and Sophie Turner travelling to Pennsylvania. Indicating about how their bond is as close as siblings, PC captioned the picture saying, “The #Jsisters are finally together!!”

Going by the caption we thought that the girl gang is all set for a girl bonding trip but it seems that the trio were accompanied by their respective partners for the latter’s State College trip. In another picture shared by the actress, the three of them were seen posing with Nick Jonas, Kevin Jonas and Joe Jonas.

On the work front, Priyanka Chopra, who was last seen in the Hollywood film Isn’t It Romantic, is all set to make a Bollywood comeback. She will be next seen in the Farhan Akhtar starrer The Sky Is Pink alongside Zaira Wasim. She will also be working on the Ma Sheela biopic and collaboration with big Bollywood filmmakers is on the cards too.