Rakul Preet Singh, who recently impressed us in the trailer of De De Pyaar De, is all set for some rigorous fitness sessions. The actress has always impressed us with her svelte frame and as we all know she is also quite fond of the healthy lifestyle. It is not new for the actress to give fans a glimpse of her gym schedule and now, she has yet again shared a sneak peek of the same on her social media. 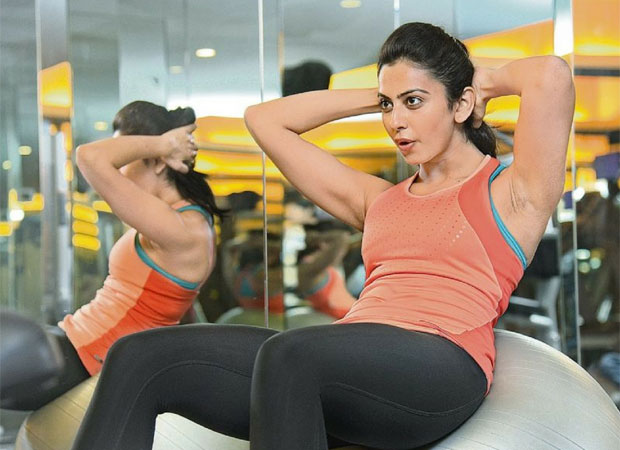 Rakul Preet Singh was seen posting a video where she is practicing a rigorous training session along with her trainer. The actress has always been interested in physical training and loves her gym sessions. She often posts about them too on social media network. She posted her recent training video saying, “When the going gets tough, the tough get going.”

Did you know the actress loves fitness so much that she is the owner of gyms in India across cities. Rakul, who became a popular name down South, made her debut in Bollywood with Yaariyan. The actress will next be reuniting with his Aiyaary co-star Sidharth Malhotra for an intense love drama Marjaavaan which also stars Riteish Deshmukh and newbie Tara Sutaria. Before that hits the theatres, the actress will be seen alongside Ajay Devgn and Tabu in De De Pyaar De that is slated to release on May 17.