In what seems like an unexpected change, Parineeti Chopra took over the reins from Shraddha Kapoor for the Saina Nehwal biopic. While the latter had already completed her training, Parineeti had to start from scratch, now that she will be playing the badminton champion. After the promotions of Kesari ended, the Chopra girl has dived into the preps for the biopic and is more than happy to put in effort and dedication for the same. 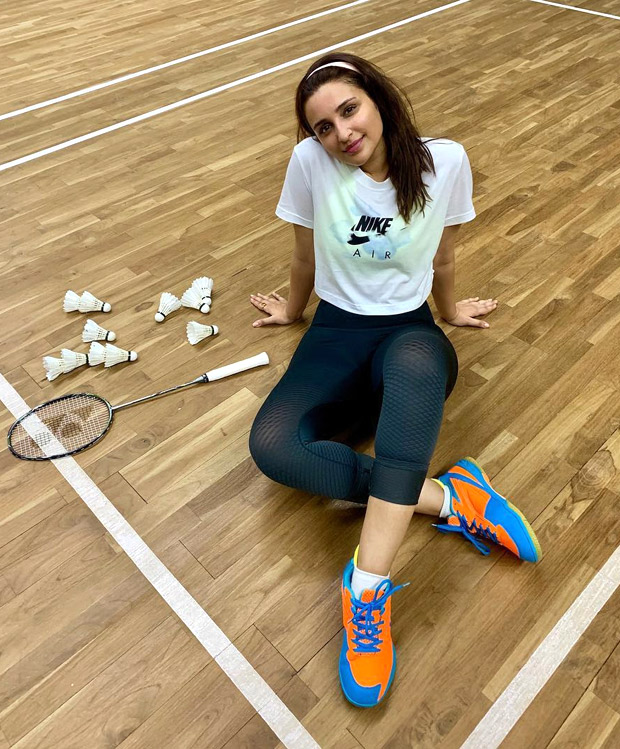 Parineeti Chopra will be exploring the biopic genre and sports genre for the first time. While the actress is yet to share about her experience of bonding with Saina Nehwal, she recently gave a glimpse of her prep for the film. In a picture shared by her on Instagram, we can see the tired actress taking a break after a long practice session. She spoke about it in the caption for the same, saying, “Post training bliss!”

Saina Nehwal biopic has been one of the most ambitious projects of Amole Gupte who had announced the film years ago with Shraddha Kapoor in the lead. In fact, not only, had the actress prepped up extensively but she had also shot for a couple of portions of the film. However, the same schedule remained incomplete after Kapoor was forced to take bed rest owing to dengue. Post that, the actress had many film commitments like Chhichhore, Saaho and even Street Dancer 3D in the pipeline because of which she had problems with dates.

Owing to the same, Parineeti Chopra came on board for the film and is super thrilled about shooting for her first sports biopic. The actress has been got on board for another film with Ajay Devgn and Sonakshi Sinha titled Bhuj-The Pride of India. She is expected to be next seen with Sidharth Malhotra in Jabariya Jodi.

"I’m okay with any platform becoming the…