Alia Bhatt has been in the film industry for all of six years but already has delivered some of the most brilliant performances. From Highway to Udta Punjab to Dear Zindagi, there is no stopping this girl from taking risks with her roles and breaking stereotypes. The actress is currently promoting her film Raazi which adapted from a book, 'Calling Sehmat.'

From events to TV shows to reality shows, Alia Bhatt is promoting her film in full swing. The actress reached the sets of the journalist Rajat Sharma's show Aap Ki Adalat. This afternoon Alia shared a boomerang from the sets of the show where she was answering Rajat Sharma's questions. The show's format is that the news anchor asks certain questions about the controversies surrounding the celebrity. It seems like Alia is all set to give some interesting scoops. 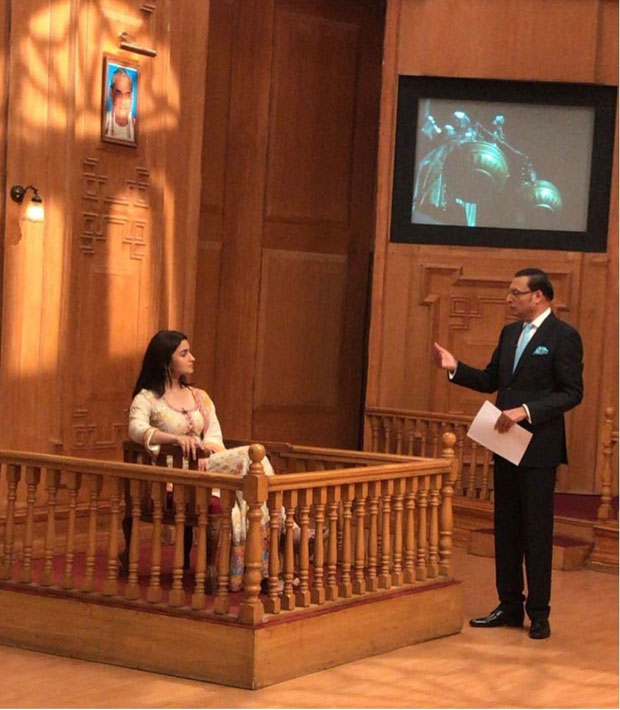 On the work front, Alia Bhatt has an array of projects in the pipeline. The actress will be seen Meghna Gulzar's Raazi. The film is releasing on May 11, 2018. Alia is currently filming Abhishek Varman's Kalank which is a multistarrer starring Varun Dhawan, Madhuri Dixit, Sanjay Dutt, Sonakshi Sinha and Aditya Roy Kapur.