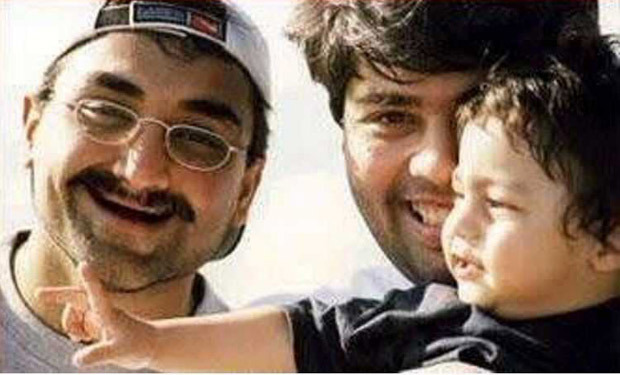 Aditya Chopra is the shiest person ever. He has been in the industry since more than 20 years but not even once he has given an interview or attended a press conference. Once when paparazzi got hold of him at a multiplex, he ran away. Pictures of him running away from the prying photographers, as if they are about to take his life, had emerged and it had shocked one and all.

As expected, Aditya Chopra doesn’t even allow his friends and well-wishers from the industry to share his pictures. And therefore, it was a real surprise when Karan Johar shared a rare picture of Aditya Chopra on his Instagram handle today. The image in question has been clicked 18 years ago and features KJo holding on to Aryan, Shah Rukh Khan’s son. Aryan looks adorable and must be an infant at that time. But the real attraction of the picture is Aditya Chopra who’s also standing next to Karan Johar, wearing spectacles, and can be seen smiling widely. “With my best friend Adi and God child Aryan! God!! How time flies!!!!! This was 18 years ago” is the caption posted by Karan Johar.

Both Aditya Chopra and Karan Johar are successful producers and both came up with their directorial ventures last year – Befikre and Ae Dil Hai Mushkil – respectively. While Befikre, starring Ranveer Singh and Vaani Kapoor, failed, Ae Dil Hai Mushkil, featuring Ranbir Kapoor, Anushka Sharma and Aishwarya Rai Bachchan, was a huge hit. Aryan Khan, meanwhile, has grown up into a handsome chap and is currently abroad for his studies. He’s also expected to follow his father and turn actor after graduation.