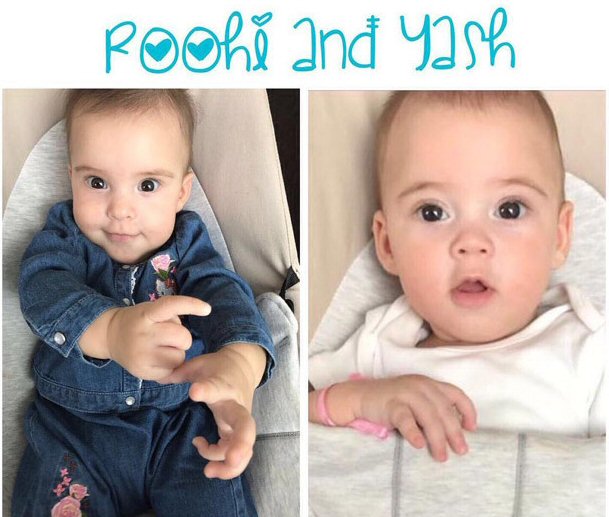 In Karan Johar’s autobiography An Unsuitable Boy, the filmmaker had expressed his desire to be a parent. He had revealed that he had lot of love to give and that he’ll like to his legacy forward. Finally, he opted for surrogacy and his twins – Yash and Roohi – were born on February 7. It was only on March 6 that he announced about his children to the world and as expected, he was flooded with loads of congratulatory messages.

Karan Johar for the first time uploaded pictures and Yash and Roohi on his Instagram handle on August 7 and it also featured his mother Hiroo Yash Johar looking lovingly at them. Today, KJo posted another picture, which is a close up shot of his kids. On the left is Roohi whose eyes are highly adorable and one can’t help but not look at her. Yash on the other hand too looks very cute. Karan’s caption for the picture is quite witty and it reads, ‘My world 2.0’.

Incidentally, Karan Johar named his son after his prolific filmmaker father, Yash Johar. Hiroo, the name of his daughter, is a rearrangement of his mother’s name.